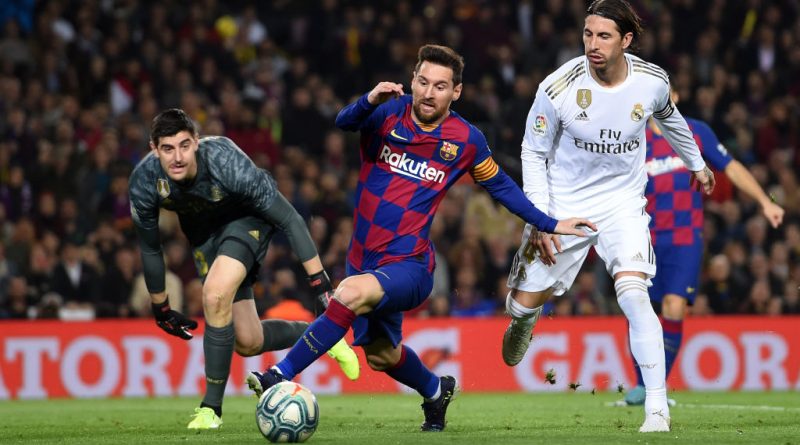 SuperSport viewers on GOtv Max will soon be treated to the biggest club football match in the world as the latest edition of ‘El Clasico’ – the rivalry between Barcelona and Real Madrid – draws ever closer. The teams’ La Liga Round 26 clash is set for Estadio Santiago Bernabeu on Sunday 1 March 2020 and you can see all the action live on SuperSport Select 4 at 9pm. El Clasico has a rich history which dates to the teams’ very first meeting back in 1902.

Here are 10 key players who have helped to shape this incredible rivalry down the decades.

1. Luis Figo: The Portuguese winger played for both teams through the late 1990s and early 2000s, with his switch from Barcelona to Real Madrid in 2000 regarded as one of the most controversial transfers of all time. He scored three El Clasico goals for Barca and one for Real, while he is remembered for having a pig’s head thrown at home on one of his visits to Camp Nou as a Los Blancos player.

2. Hugo Sanchez: The Mexican and Real Madrid legend was a prolific goal scorer in the late 1980s and early 1990s, including a haul of 10 El Clasico goals in seven seasons with Los Blancos. And he managed all this at Real despite joining from another hated rival, Atletico Madrid.

3. Cesar Rodriguez: Known only as Cesar during his playing days, the Spanish forward was so prolific for Barcelona through the 1940s and 1950s that he was the only Barcelona player to hit double figures in terms of El Clasico goals until Lionel Messi came along.

4. Alfredo Di Stefano: Regarded as one of the greatest players of all time, Alfred Di Stefano was at the heart of Real Madrid’s rise to ascendancy as a continental powerhouse – he helped Los Blancos win their first five European Cups (now the UEFA Champions League). And he was no slouch on the domestic front either, with 18 goals in El Clasico – a record only surpassed by Lionel Messi.

5. Xavi Hernandez: With an incredible 42 El Clasico appearances, stylish midfielder Xavi Hernandez was a feature of this rivalry for the better part of two decades. His elegant and understated passing game continues to influence the way Barcelona play and it’s seemingly only a matter of time until he returns to the fixture in a coaching/managerial role.

6. Sergio Ramos: No player has featured in more El Clasico matches than Real Madrid legend Sergio Ramos, who made a record 43rd appearance when the teams drew 0-0 at Camp Nou back in December. The defender has not always enjoyed coming up against Barcelona, as he has been sent off a record five times in this rivalry.

7. Ronaldinho: One of the few Barcelona players to have earned a standing ovation from the Santiago Bernabeu, Ronaldinho scored in four successive matches against Los Blancos from 2004 to 2006. His incredible skill and imagination helped Barca enjoy a period of dominance over their rivals in the mid-2000s.

8. Raul: With 37 appearances and 15 goals in El Clasico, Real Madrid’s Raul is legitimate legend of this rivalry. In all, he made over 700 appearances for Real and scored a club record 323 goals – later surpassed by our next entrant, Cristiano Ronaldo.

9. Cristiano Ronaldo: The Portuguese forward’s rivalry with Barcelona counterpart Lionel Messi helped to elevate a decade’s worth of El Clasicos to an even higher level. Ronaldo scored 18 El Clasico goals (level with Alfredo Di Stefano) and put together a record run of scoring in six consecutive matches against Barcelona from 2011 to 2013.

10. Lionel Messi: By the time Lionel Messi retires, he will surely hold almost all the individual records for a player in El Clasico. He has 42 appearances (just one behind Sergio Ramos’ record) and is already way out in front in terms of goals scored, with his tally of 26 unlikely to ever be matched.