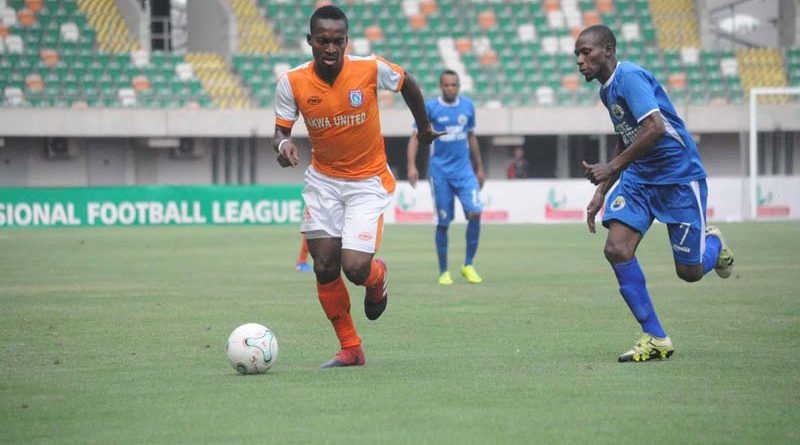 A ten-man Akwa United FC stood their ground firmly in the Nigeria Professional Football League (NPFL) on Monday with a 1-0 win against Nasarawa United. It was a Match-day 11 fixture played at the Godswill Akpabio International Stadium in Uyo, Extrasportsnigeria.com reports.

The Aiteo Cup champions who were without a win in their last three games in all competitions heading into the game scored the only goal of the encounter in the ninth minute through Adeshina Gata. It was the former ABS striker’s first goal of the campaign.

The host team got reduced to 10 men in the stoppage time when Ubong Friday was sent off for stamping on Nasarawa United defender Abubakar Abdullahi.

The win pushed up Akwa United from a lower eighth position to third in the table. They also have two games in hand.

They will host Al Ittihad of Libya in a CAF Confederation Cup fixture in Uyo on Sunday. They lost the first leg played in Tunisia by 1-0.