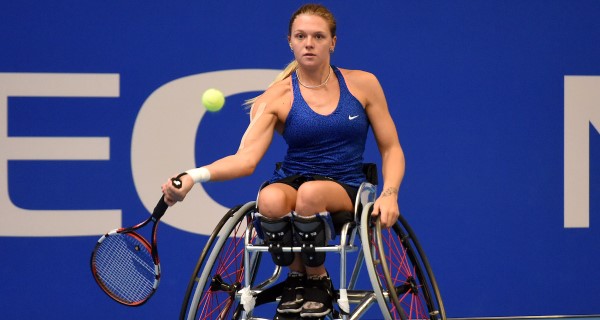 No fewer than fifteen prospective coaches were put through the basic rudiments of wheelchair tennis coaching as the 2018 national ranking tournament began Wednesday at the National Stadium, Lagos.

The participants include eight players who are at the twilight of their careers and are set to make a transition into coaching.

Among the wheelchair tennis players that taking part in the programme which was in theory and practical sessions are Lateef Shodipo, Alex Adewale, Mohammed Audu, Stephen Amodu, Oluwadamilare Adewale and Tosin Dawodu – a former women national champion. James Atobong, Nosakhare Esorae, Evans omoruyi, Abdulmalik Kabir and Felix Oyadinrin are among the non-wheelchair tennis coaches that took part in the programme which had Nigeria’s head coach Frank Tarmena and Nelson Ine as Instructors.

Shodipo, the Nigerian wheelchair tennis captain, expressed optimism that the game would develop rapidly due to growing list of special athletes that are coming into the game.

He pointed that some of the players are nearing the end of their playing days and as such it’s important they go into coaching to help raise new set of players to lead country’s quest for honour at the international stage.

He added that the draw will hold on the same day due to the expected late arrival of some teams with Alex Adewale and Kafayat Omisore as the prime seeds for the men’s and women’s event with no prize-money.

The coaching clinic preceded the ranking tournament which will feature about 120 players from various parts of the country.