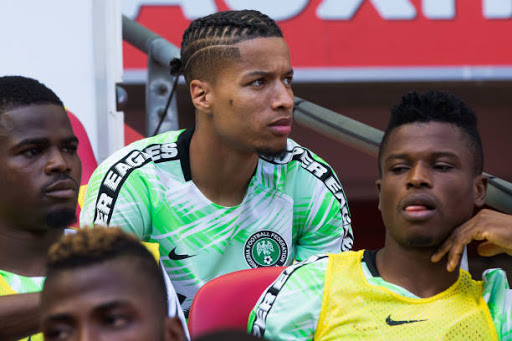 Dutch League side FC Twente officially announced the signing of Nigeria international Tyronne Ebuehi on Friday with the backdrop of his World Cup appearance.

The fullback has joined Twente on a season-long loan from Benfica. The deal is on with a purchase clause.

The Technical Director of the Dutch side Jan Streuer hailed the young professional’s profile pointing out that by being a member of the Super Eagles squad to the 2018 World Cup in Russia, Ebuehi qualifies to be called a quality player.

Streuer told Twente’s website: “It is great that we can add Tyronne Ebuehi to our selection. In his time at ADO Den Haag, Tyronne has shown to be a talented player.

“It is not without reason that he was selected for the national team of Nigeria and played at the 2018 World Cup.

“In his first year at Benfica, Tyronne had a difficult season due to an injury, but last year he made his appearance for Benfica B.

“He is top fit and will hopefully be able to fully join our selection soon.”

Ebuehi moved to Benfica after 2018 World Cup in Russia but the defender could hardly get game time after recovering from a career-threatening injury. He had yet to make his competitive debut for the Benfica first team but playing with the reserve team before Twente came calling.

Born in Haarlem, Ebuehi raked in 78 appearances in the Eredivisie – all coming in the colours of ADO Den Haag – before transferring to Benfica. FC Twnete and the Dutch league may yet offer him a resuscitation of his career.