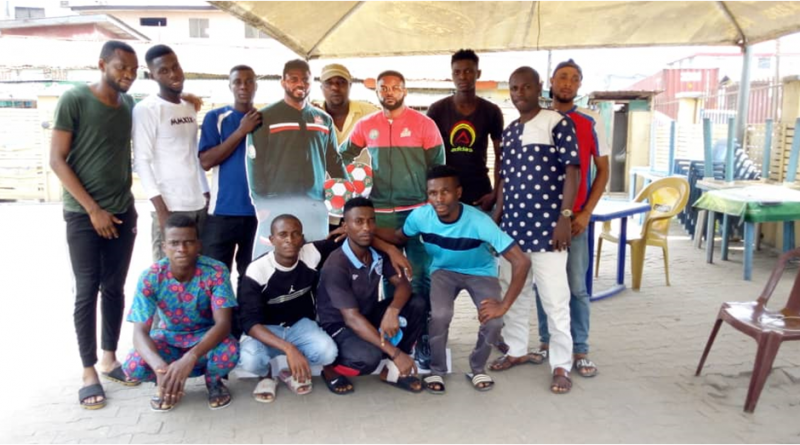 Over 380 teams have emerged in the ongoing registration of interested participants of the Trophy 5-a-side Field of Honour tournament barely two weeks after its launch.

The 10-man teams which were recruited through in-bar accreditations across Lagos, Osun, Ogun and Oyo states will be representing their communities in a round-robin stage, after which winners will proceed to the knock out stages. The campaign which is expected to run for 10 weeks will produce a final winner by May 12, 2019.

The in-bar activation which commenced March 7 recorded such a success that participants, who collected their tokens and have been grouped into teams, are already warming up to begin the qualifying matches, while accreditation continues.

The winning team will take home N3 million cash prize, meet with, renowned African football superstar, Samuel Eto’o and have the opportunity to participate in the continental finals taking place in Tanzania later this year.

Winners at the knock-out stages will also be rewarded with various consolation prizes and memorabilia, in appreciation for their participation.

While some of the teams are yet to come up with club names, some others already have and rearing to go.

Though team selections will take place in four states: Oyo, Ogun, Osun and Lagos states, football loving Trophy customers will be recruited as ‘Super-fans’ across the country via weekly questions and sweepstakes availing customers outside the four states, the unique opportunity to participate in the tournament as fans. Four lucky fans will attend the Pan African regional finals in Tanzania, all expense paid, to cheer our team to victory.

Kindly follow our social media handles to get updated on this live, (@Trophylager @TrophylagerNigeria)

For more information on the tournament and to get a full list of accredited outlets closest to you, please visit www.africa5s.com