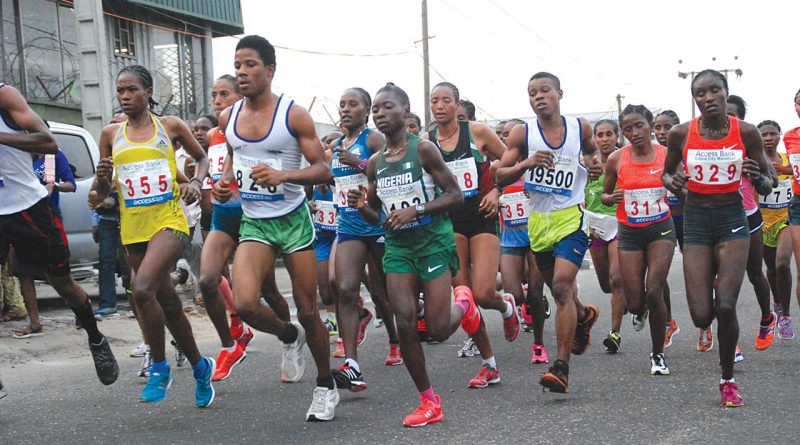 Over three thousand athletes have been confirmed to run at the fifth Okpekpe International 10km Road Race which holds on Saturday at Okekpe near Auchi in Edo State of Nigeria, Extrasportsnigeria.com reports.

A top technical official of the race, Yusuf Ali said in Okpekpe on Thursday that the number is made up of over 23 foreign elite athletes and 32 from the Nigerian elite class. The athletes are from eight countries.

“The elite athletes, both foreign and local are here in Auchi. They will go on a route tour today (Thursday) to familiarise themselves with the race course in line with International Association of Athletics Federation (IAAF) rules,” Alli, a former Nigeria long jump king and former Commonwealth record holder said.

“I am delighted with the huge number of locals especially from North Ibie side which includes Okpekpe. It shows they have fully embraced the race. They will not only be running to be fit or just for the fun of it, they also have the opportunity to win money at the event. There is prize money for the North Ibie athletes courtesy Mr John Momoh, Chairman and Chief Executive Officer of Channels Television.

“Everything is set and the athletes are here. Last year we raised the bar in terms of organising road races in Nigeria by joining such world acclaimed marathons as Boston, Rotterdam and Melbourne marathons that now rely on MYLAPS technology for the world class timing of their events.

“We also have the tracking application to enable the media, athletes and their friends and families as well as spectators and even sponsors to follow the progress of the participants as well as the entire organisation of the event.”

Last year Kenyan duo of Simon Cheprot and Polline Wanjiku Njeru came first in the male and female categories respectively. They went home with $15,000 prize money each after finishing in a record time of 29min: 48sec and 33min: 53sec respectively.