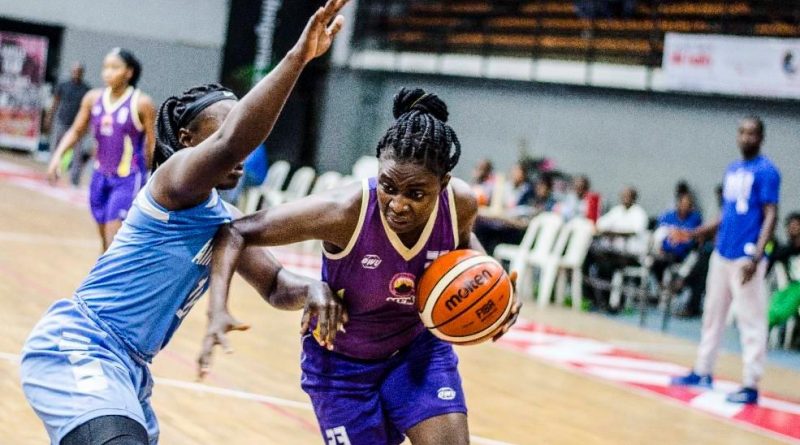 Delta Force tried all they could against First Bank but their offensive prowess was put under check from the determined First Bank players who had a total of 25 defensive rebounds.

Okoro Ifunanya with 14 points, 6 assists and 4 rebounds and Regina Iornumbe with 14 points provided the platform on which the Elephant Girls built their success.

In the second game of the day which was a local derby between two Abuja based sides, Air Warriors defeated Black Gold Queens 87-58.

Blessing Kasham was the highest scorer for the Warriors with 31 points, 7 rebounds and 2 assists.

As expected, the game between MFM and Dolphins went down to the wire which was decided in the last few seconds of the game.

At the end of the third game, Dolphins won 56-51 points in what seems to be a revenge following their bitter one-point loss at the conference phase in Ibadan.

With the victory, Dolphins have won their second game on the trot as MFM continue the search for their first win of the 2019 Zenith Bank Women Basketball League playoffs.

Gbihi Cynthia once again came through for Dolphins with 17points, 2 rebounds and 3 assists.

Odiowei Susan managed 10points and 1 rebound for MFM which was not enough to secure a win.

It was a blow out for Custom as they recorded 69-34 victory over Plateau Rocks in the last match of the day.

Joseth Anaswem was the man of the match with 15 points, 3 rebounds and 3 assists.

For the Sunday games, in group A, Plateau Rocks will come up against First Bank who are yet to lose a game while Customs face Delta Force.

In group B, Black Gold and MFM Queens will clash as both teams search for their first win of the competition while Dolphins will play Air Warriors in a match that will decide the group leader.

Last group games will be decided on Sunday starting by 12noon.