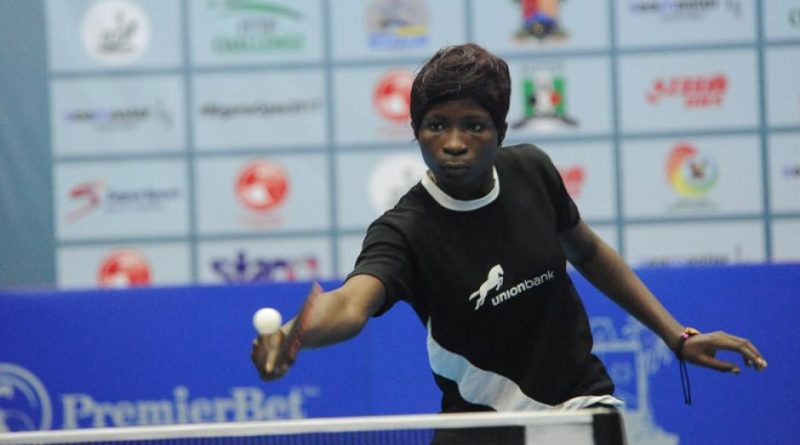 The National Sports Festival, Abuja 2018, has been concluded and states are counting their gains from the biggest sports meet in Nigeria. Nimota Aregbesola is one those standing tall for Lagos having been described as the breakthrough star for Team Lagos.

Not everybody gets to maximize the most of a first time opportunity but for 19 year old Nimota, she got few of her firsts in her career this year and it has laid a path to greatness for her.

Nimota, was 13 years of age when the 18th Edition of National Sport Festival took place in the city of Lagos, she couldn’t make the top eight for the women but she trained with them.

In her first Sport Festival this year at the 19th National Sport Festival in Abuja, the 19 year old got to the semi-final of the women’s singles event losing to eventual winner, Ojomu Ajoke of the FCT.

She got a bronze medal as deserved compensation for her effort.

What is more intriguing was her quarter-final opponent in the women’s singles – six-time Olympian and African legend, Funke Oshonaike,and the founder of the Funke Oshonaike Foundation.

Nimota, is a member of the foundation and the Olympian often referred to her as her “daughter.”

With an age gap of 25 years and career difference that spans more than three generations of Nigerian table tennis players.

Surprisingly, Nimota defeated Funke Oshonaike (4-3)for the first time in their first meeting – it was the headline of the table tennis events at the National Sport Festival.

On the 30th of November, five days before the National Sports Festival, the Lagos-based Nimota got to her first Asoju Oba Women’s Singles final losing to four times winner of the championship, Bose Odunsanya, just two years after making her senior debut at the championship.

In the Women’s Double at the sports festival, the duo of Nimota and Odunsanya won the silver medal while in Women’s team which also includes Oyeniyi Kehinde, they won the bronze medal for Lagos.

In just one year, ‘the giant killer’ has written her name among the future generation stars of African table tennis, as the defeat of Oshonaike could be a symbolic exchange of baton.