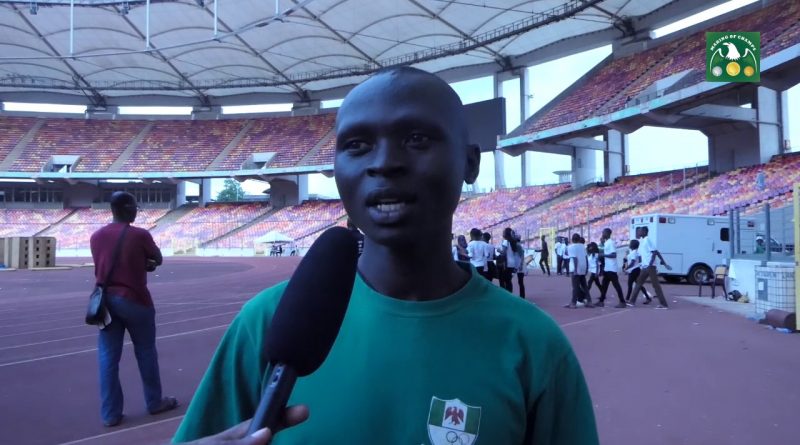 One of the foremost long distance runners in Nigeria, Emmanuel Gyang has set out a twin ambition ahead of the 2018 Access Bank Lagos City Marathon.

Gyang who was among the top Nigerian finishers at the 2017 Marathon said on Monday that he would be competing for honours this time in the newly introduced 10km race. The Jos-based athlete who has made huge marks on the home front said he hopes to secure qualification for the Commonwealth Games through his participation in the Lagos Marathon and also win the star prize of a saloon car donated by GAC Motors.

He said, “I have already started preparations earnestly and I thank God things are going well so far so good.

“However, this year, I want to run the 10km because I want to use it as my final preparations. After the Lagos Marathon there will be national trials about three days after in Uyo and I am keen to make it to the Commonwealth Games.”

Gyang who represented Nigeria at the 2010 Youth Olympics in Singapore is yet to represent the country at any international senior meet and now desires to get a chance at the 2018 Commonwealth Games to be staged in the Gold Coast.

“I have been training harder compared to last year and I am happy that my time is improving daily. I know it won’t be easy in Lagos but with hard work and prayers, I should excel.”

With over 100,000 athletes expected from different countries, the third edition of the Access Bank Lagos City Marathon will hold on February 10th, 2018. Only recently, the IAAF awarded the Lagos Marathon a Bronze Label and organizers are hoping for a Gold Label before 2020.