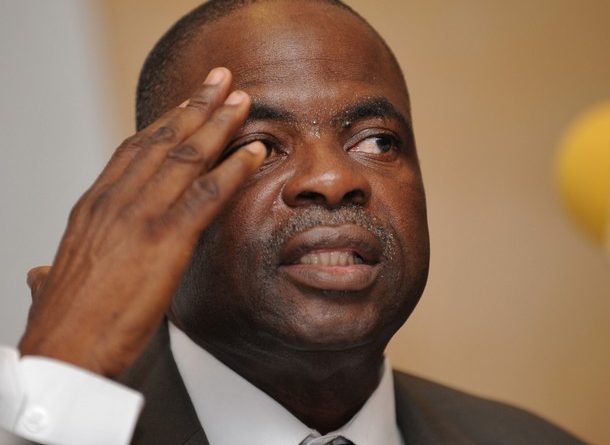 Former Director-General of the National Sports Commission, Dr. Amos Adamu, is facing another ban from all football-related activities bafter FIFA’s Independent Ethics Committee stated on Tuesday it had commenced proceedings following the request by FIFA’s ethics prosecutors for a two-year ban on him for charges that include conflict of interest.

Adamu, who was a FIFA executive member and largely tipped to succeed Issa Hayatou as the CAF President, was banned for three years in 2010 after he was found guilty of demanding money in exchange for World Cup bid votes. He however denied the accusation and appealed at the Court of Arbitration for Sport but lost.

The investigatory chamber at the world governing body’s Ethics Committee has been looking into alleged breaches of its code of ethics since March 2015. That probe has now recommended a two-year ban and a fine of 20,000 Swiss franc fine ($19,445) for him.

A FIFA statement says Adamu, who was a powerful member of the Confederation of African Football board, violated three articles – covering general rules of conduct, loyalty and conflict of interest – of its Code of Ethics.

The statement read, “For reasons linked to privacy rights and the presumption of innocence until proven guilty, the adjudicatory chamber will not publish further details at the present time.

“The adjudicatory chamber of the independent Ethics Committee, chaired by Hans-Joachim Eckert, has opened formal adjudicatory proceedings against Amos Adamu, former President of the West African Football Union and former member of the CAF and FIFA Executive Committees, based on the final report submitted by the investigatory chamber,” FIFA said in a statement on Tuesday.

“The adjudicatory chamber has studied the report carefully and decided to institute formal adjudicatory proceedings against Adamu.

“In the course of the proceedings, the party will be invited to submit his position including any evidence with regard to the final report of the investigatory chamber (art. 70 par. 2 of the FCE), and may request a hearing (art. 74 par. 2 of the FCE).”