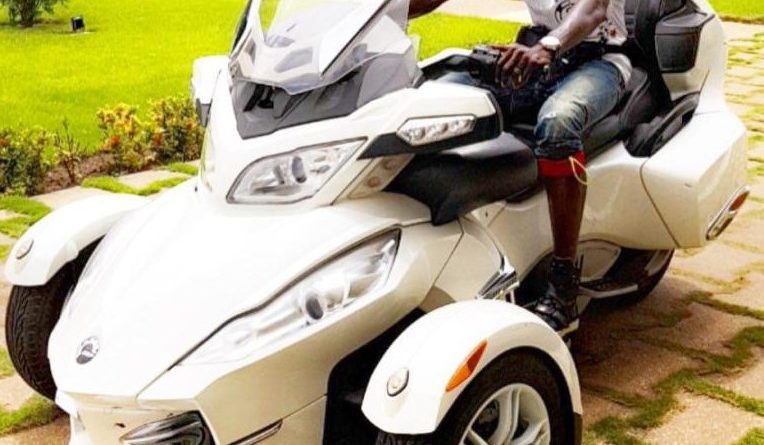 FOOTBALLERS are frequently pictured in Bentleys, Range Rovers and high-end Mercedes as a symbol of their wealth. But former Arsenal and Manchester City striker Emmanuel Adebayor opted for something, well, a little more futuristic for the former African Footballer of the Year.

The striker, who is currently plying his trade in Turkey, shared a photo to his Instagram page aboard an £18,000 Can-Am Spyder as reported by The Sun. The Togolese captain captioned his Instagram post: “Have a great start to the week everybody.”

It’s the next level up from a SpyRider, the two-wheel version the Togo man has previously being seen on the back of. He has certainly had an interesting summer like many other African players in Europe as Extrasportsnigeria.com reported of Alex Iwobi last month.

The 33-year-old, who is on his summer break from Turkish outfit Istanbul Basaksehir has even visited Togo’s President Faure Essozimna Gnassingbe. Adebayor set up the SEA Foundation that helps to support aid and development in his country.

It was also reported that he also helped raise more than £16,000 to help fund a school in the area where he grew up – and again shared a snap of the achievement on Instagram.

Alongside the snap of him handing the cheque over, Adebayor wrote: “This summer is all about giving.

“At the beginning of the summer, I said I would be taking on the renovation project of High School Kodjoviakopé (the neighbourhood I grew up in).

“Today I was there to officially launch this massive renovation project and present a special gift the school. I want to make this learning place clean and accessible to all young folks in the area. May God protect us on this journey.”

Adebayor enjoyed a successful stint at Arsenal before making an ill-fated move to Manchester City.

He also played for Crystal Palace during the 2015/16 season.