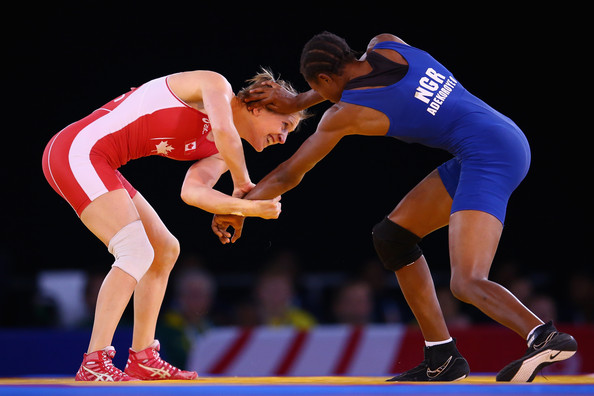 Nigeria’s Odunayo Adekuoroye has continued her unbeaten record at the Pro Wrestling League in India after defeating India’s Sangeeta Phogat in just three minutes and 59 seconds by technical superiority.

Adekuoroye overpowered her opponent representing Delhi Sultans in women’s 53kg in the very first minute of the bout. The Nigerian Olympian made quite by her dance style on the mat proved her mettle and by the end of the opening round, she had already added 12 points to her kitty.

This was the second successive bout which the Olympian won by technical superiority.

Punjab Royals registered a superb 5-2 victory over Delhi Sultans despite the home team skipper Sakshi Malik and her fiancé Satyawart Kadian’s heroics in the second edition of the Pro Wrestling League in New Delhi on Sunday.