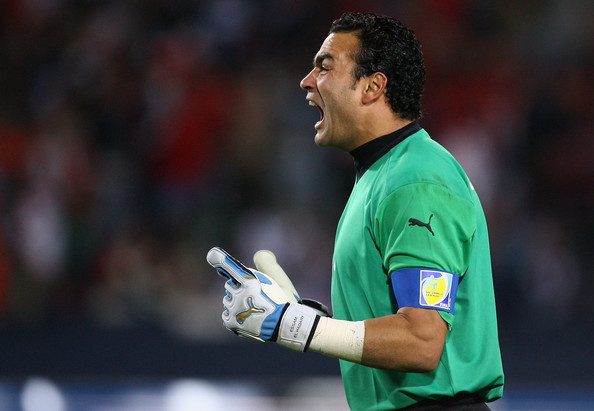 Egypt goalkeeper Essam El Hadary smashed the record for the oldest player ever to appear at the Africa Cup of Nations when he came on against Mali on Tuesday.

El Hadary, the Egypt captain who turned 44 on Sunday, was not named in the Pharaohs’ starting line-up for their Group D opener against Mali.

However, he was introduced as a 25th-minute substitute after Ahmed El Shennawy was forced off injured.

El Hadary – a four-time winner of the tournament – beats the previous mark set by his fellow Egyptian Hossam Hassan, who was a mere 39 years, five months and 24 days old when he played at the 2006 Cup of Nations.