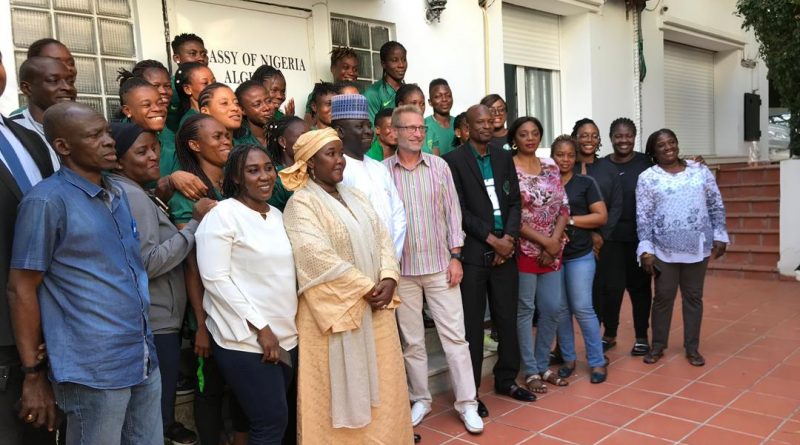 Nigeria’s U20 girls, Falconets emerged champions of the women’s football tournament of the 12th African Games in Rabat on Thursday after a 3-2 penalty shoot-out triumph over their counterparts from Cameroon.

The keenly-contested game between two teams that had battled to a 1-1 draw in a group phase match eight days earlier, ended 0-0 after regulation and extra time at the Stade Boubker Aamar outside Rabat. Penalty shoot-out followed and the Nigeria U20 girls, one of only four teams to have featured in every edition of the FIFA U20 Women’s World Cup since the competition started 17 years ago, triumphed.

The victory was the first gold for the Falconets at the African Games in 12 years, having not qualified for the 10th edition in Mozambique in 2011 and finishing outside the medals’ range in Brazzaville four years ago.

It was also a fitting accomplishment to bid bye to the first captain of the Falconets team, Ifeanyichukwu Chiejine, whose remains were committed to mother earth in Lagos on the same day.