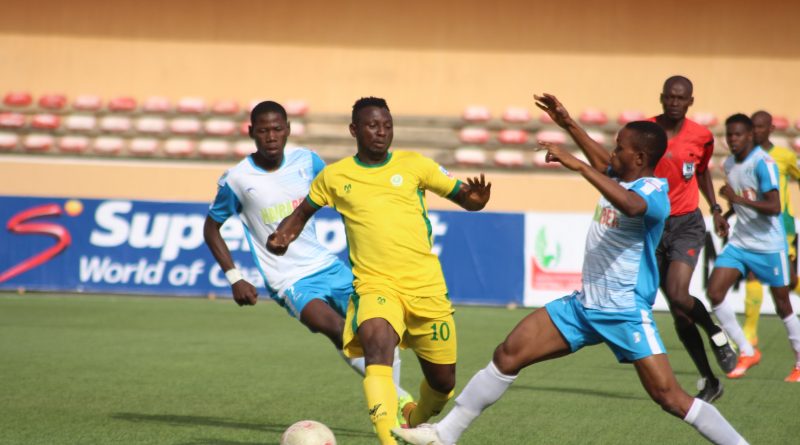 Nigerian champions Enugu Rangers and Rivers United have booked a place in the first round of the CAF Champions League. Rangers were held to a 0-0 draw by Jeunesse Sportive de Saoura of Algeria in Enugu on Sunday in their preliminary round, second leg match played at the Nnamdi Azikwe Stadium.

Rangers thus qualified on the away goals rule having played 1-1 in Algeria last week. Nigeria’s other representatives, Rivers United, were in superb form beating Mali’s AS Real Bamako 4-0 at the Yakubu Gowon Stadium, Port Harcourt.

Rangers have an uphill task next as they will face Egyptian giants and last year finalists Zamalek in the first round.

The team managed by Imama Amapakabo’s were unlucky not to have scored having created numerous goal scoring opportunities in the match but were frustrated by the visitors’ goalkeeper who put up a fine performance all through.

In the other match played in Port Harcourt, Bernard Ovoke netted the opener from the spot in the 29th minute, while Esosa Igbinoba added the second at the 57th minute following a tailored pass from Ivorian striker Guy Kuemian.

Ovoke got his second of the game from another penalty on the half hour mark, while Igbinoba fired home the fourth seven minutes from time. Rivers will face Al-Merreikh of Sudan in the next round of the competition.

But it was not all party for Nigeria as Wikki Tourists were eliminated from the Confederations Cup competition despite beating Royal Armed Forces Football Club of Sierra Leone 1-0 at home. The Bauchi Elephants lost out 2-1 on aggregate.

Captain Mustapha Ibrahim scored the only goal of the game from the spot in the 58th minute. Abubakar Lawal had earlier missed a penalty in the 19th minute.

Mohammed Babagaru’s side dominated play from start to finish in the game but the dominance could not take them through.