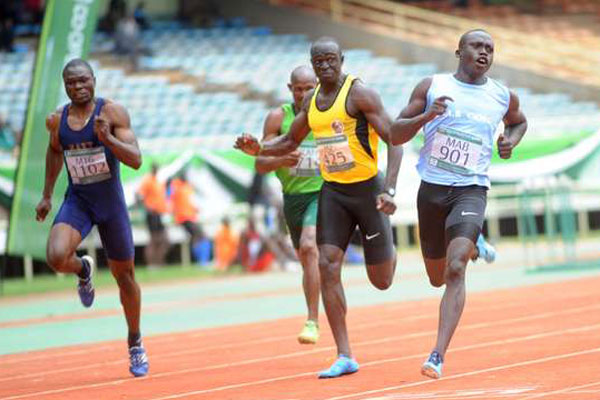 The chairman Technical subcommittee for the Asaba 2018 CAA African Senior Athletics Championships, Yussuf Alli has commended the pace of work at the Asaba Township Stadium which will host Africa’s flagship athletics event in August 2018, Extrasportsnigeria.com reports.

After an hour inspection of the stadium on Tuesday, Alli said he was very impressed with the pace of work adding that he would have loved to roll back the years to compete as the facility will indeed aid better performances by the athletes.

The Head Media and Publicity of the Local Organising Committee, Olukayode Thomas gave details of the inspection and Alli’s statement on the event.

Alli said, “I am very impressed with what the Chairman of the Delta State Sports Commission Chief Tony Okowa is putting up here, if only I could roll back the years, it will be nice to also compete. I know the athletes will run faster times on this track and jump further in Asaba.”

Among other innovations, Alli commended Okowa’s vision as the state is putting up the first 100m both ways track in Nigeria.

“The plan for the Asaba stadium is a masterpiece, we are having the first 100m both ways track in Nigeria, first of its kind and the stadium is also being built in such a way that the crowd will be close to the action; such electrifying atmosphere always brings out the best in athletes.”

The former African Long jump record holder commended Okowa for making sure that the timetable for work on the Asaba Stadium is being fully adhered to.

Alli also thanked the state Governor Dr. Ifeanyi Okowa for supporting the championships and backing the Chairman of the Commission,

“The Governor by hosting this championship is leaving a huge legacy, completion of the stadium will be huge; having positive socio-economic impact on the state and Nigeria generally”

“At the rate, they are going, I am 110% sure the stadium will be delivered on time.” Alli concluded.

The 2018 edition of CAA African Athletics Championship also serves as trials for the highly competitive and lucrative 2018 IAAF World Cup in Athletics. It is therefore expected that topmost African athletes and global leaders of the sport will be in Asaba for the big meet.