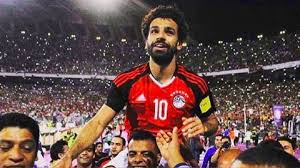 The biggest Africa Cup of Nations in history will kick off tonight, June 21 at the Cairo International Stadium, Cairo, Egypt. The hosts team Egypt will be facing the Warriors of Zimbabwe in the opening match.

This is the first time the competition would feature 24 teams instead of 16. Senegal, Egypt, Nigeria and Tunisia are the major teams tipped for the trophy. But that is on paper until the real fireworks begin today.

Egypt lost the opening match 1-0 to Senegal when they were hosts in 1986.

The opening match is just one of the projected 52 matches as the competition has expanded to 24 teams instead of the 16 that for the preceding 12 editions in which 16 teams featured since 1996. Nigeria boycotted the initial 16-format edition in South Africa.

The first edition was held in 1957 but there were just three teams, all by invitation following the disqualification of the fourth team, South Africa, owing to its prevailing apartheid policy.

Qualifying series began for the 1962 edition following entries by nine countries, including Nigeria. Ethiopia and Egypt both automatically qualified as the host country and title holders respectively. Morocco would withdraw before play began, thus leaving only six teams vying for the remaining two spots in the finals.

Teams in the finals increased to six at the 1963 edition in Ghana. Nigeria qualified by default after CAF disqualified the initially qualified Guinea on technical ground. Guinean referees officiated the return leg in Conakry in which the host team won 1-0 after a 2-2 draw in Lagos.

The 1968 tournament, the sixth edition heralded the standardization of format. Eight teams featured in the finals and a two-year interval in the even-numbered year was adopted which ran till that of 2012.

The eight-team format was changed to 12 at the Senegal 2012 edition. The 12 teams were divided into four groups of three. For the first time, quarterfinals were introduced as two top teams advanced.

The format changed to 16 teams at South Africa 1996. This year’s edition is the first to involve 24 teams.

The 2019 edition is holding in a year where two African players are still enjoying the world attention. Egypt’s Mohammed Salah and Sadio Mane of Senegal won the UEFA Champions League with Liverpool. Both players were the winners and runners up of the African Footballer of the Year respectively in the current dispensation. Every of their moves would surely be followed in Egypt.

In the 2019 edition teams were split into six groups of four teams at the draw conducted in April. Thus, another phase, Round of 16 is introduced. Two teams from each group will advance into the Round of 16.

Four others among the best third-placed teams from the six groups will join the 12 that emerged first and second from each group.

The Round of 16 is a direct knock out stage.