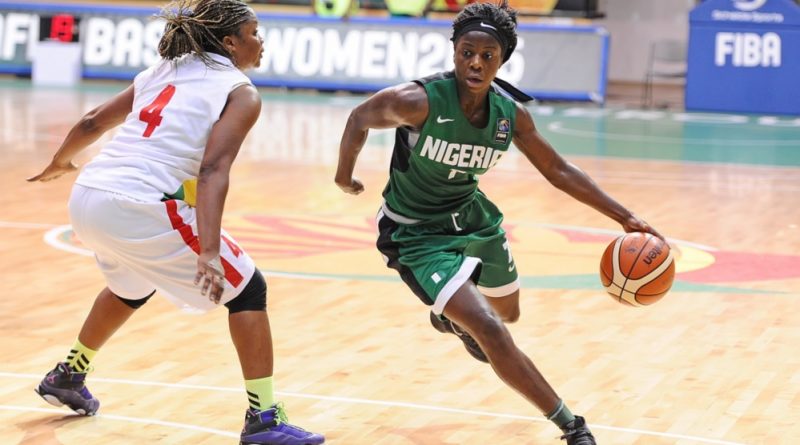 Pius Ayinor
Nigeria beat Mozambique 80-69 in their opening match of AfroBasket 2017 for Women. The match played in Bamako, Mali ended at midnight Friday, Extrasportsnigeria reports.
Adaora Elonu maintained her good form with D’Tigress scoring 17points while adding 7 assists. Ezinne Kalu shot 16points while team centre and captain Aisha Mohammed grabbed 7rebounds on a night the Nigerian ladies maintained their dominance over the Mozambicans in the game. Indeed Nigerian women won their first African trophy in Mozambique in 2003.
Soon after the jump ball in Bamako fans began to get idea where the full points would go at the buzzer. Nigeria won the first quarter 21-19; got the second at 20-13, won the third at 18-16 before both teams settled for 21-21 in the last quarter.
The Nigerian ladies who last won the trophy in 2005 in Abuja will face Congo on Saturday in another Group B match before filing out against Egypt on Sunday.