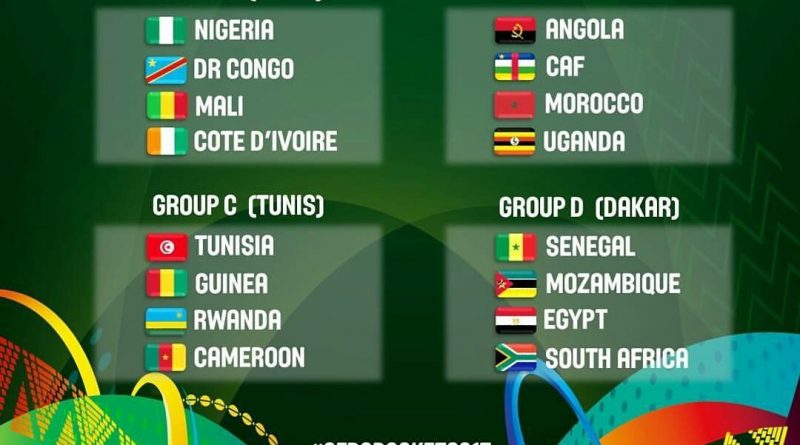 African champions Nigeria will face Mali, Cote d’Ivoire and DR Congo in the preliminary stages of the African Basketball Championship. This follows the official draw for FIBA AfroBasket 2017 which took place on Sunday at The Westin Turtle Bay Resort and Spa in Balaclava, Mauritius. The continent’s flagship basketball event will take place from September 8-16 in Senegal’s capital city of Dakar and the Tunisia’s capital of Tunis.

D’Tigers who won the African Nations Cup two years ago in Tunisia will return to the country to play the preliminary stage in Group A as Africa holds the first joint hosting. The other early stages game in Tunis will be the Group C matches which will involve hosts Tunisia, Guinea, Rwanda and Cameroon.

Dakar will host the Group B and D matches. In Group B are the most decorated championship team, Angola, Central African Republic, Morocco and Uganda. In the other group are hosts Senegal, Mozambique, Egypt and South Africa.

The draw ceremony also served to unveil the newly-designed AfroBasket trophy in a video.

The new trophy which will be handed out for the first time on September 16 to the 2017 champions, has an etched map of Africa engraved, as well as all the past continental champions from 1962-2015 editions.

In the Group Phase (September 8-10), Dakar will host Group B and D, while teams drawn in groups A and C will compete in Tunis.

The top two teams from each group will advance to Tunis, which will also host the Final Phase (Quarter-Finals, Semi-Finals and Finals) from September 14-16.

The bottom two teams from each group in the Group Phase will be knocked out of the competition.