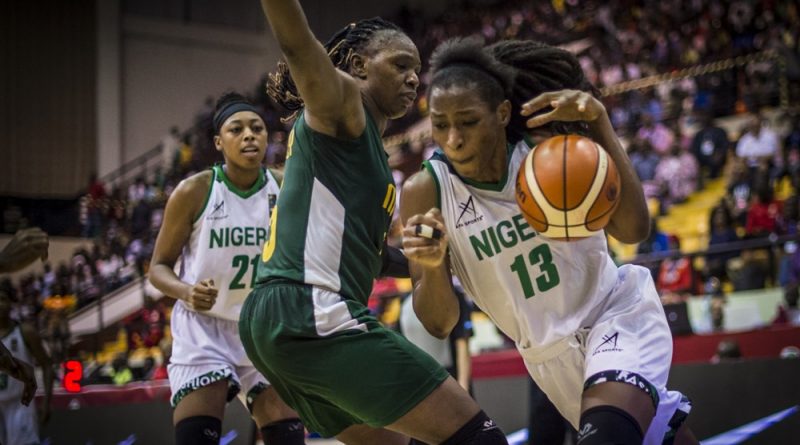 Pius Ayinor
Nigerian ladies superbly grabbed a ticket to the 2018 Basketball World Cup holding in Spain after beating hosts Mali 48-47 in a nerve wrecking match on Saturday, Extrasportsnigeria.com reports. D’Tigress will face Senegal in the final match on Sunday. Senegal who lost to Nigeria at the group stage defeated another Group B team Mozambique in the second semi final match played in Bamako.
All four teams in the semi final emerged from the same group.
Nigeria opened the lead and won the first quarter 10-7 and the game turned out the lowest scoring match of the competition so far. Both teams packed up their defense but Nigeria won the second quarter 13-6. The Malians fought back after the break and won the third quarter 17-16 and they also won the last won by 18-9 but the fight back was game too late.
The Nigerians ladies faced hosts Cameroon two years ago and the semi finals and painfully lost in the last
Tirera led the Malian fight and led scoring on both sides with 15 points while Coulibaly grabbed 17 rebounds. Ezinne Kalu pumped in 11 points for Nigeria as the top scorer.