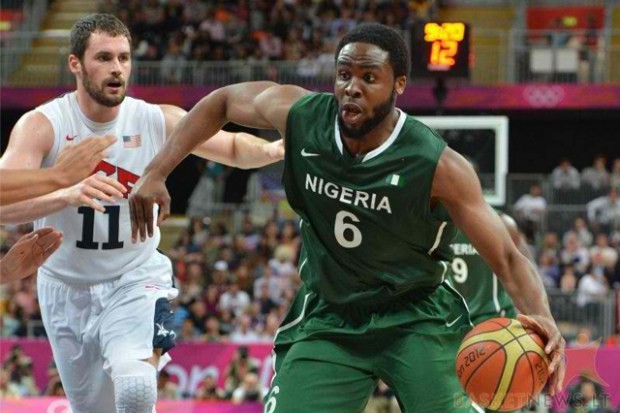 Nigeria national basketball team, D’Tigers are billed to fly out of the country for Tunisia on Tuesday, 5th September from the Murtala Muhammed Airport in Lagos, Extrasportsnigeria.com reports.
The Tigers will start their campaign in the African championship with preliminary games against Congo and Mali for the competition taking the tip off on Friday. The championship is being hosted jointly for the first time by Senegal and Tunisia.
The final team list is expected to be available after another friendly match at the Lagos National Stadium on Monday. D’Tigers defeated a selected All-Star team 86-65 in a warm up game played on Sunday at the Sports Hall of the National Stadium, Lagos.
A second warm up game against same team will be coming up on Monday by 4pm before they jet less than 24 hours afterwards. Nigeria will land in Tunis as the reigning African champions. The men have added pressure to perform creditably after the women’s team won the African cup in Mali barely a fortnight ago.