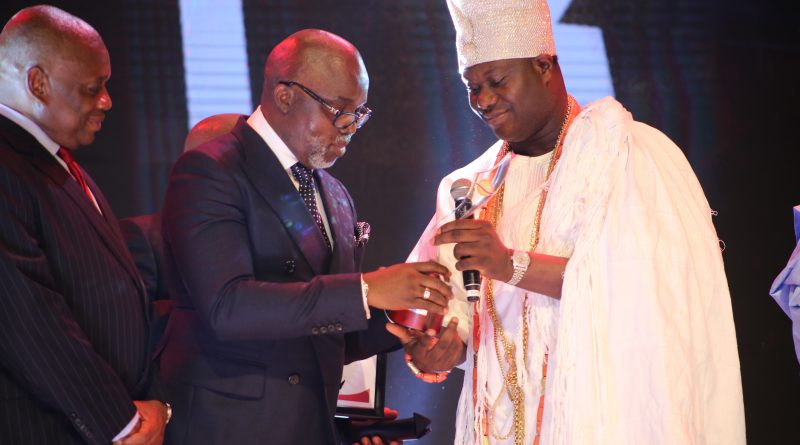 For the second time in two years, The SUN newspapers on Saturday presented the Sports Personality of the Year gong to President of Nigeria Football Federation, Amaju Melvin Pinnick.

This time, Pinnick had to share the award with Super Eagles coach, Gernot Rohr, whose work in qualifying Nigeria for the 2018 FIFA World Cup from a ‘Group of Death’ with a match to spare, did not go unnoticed.

The NFF President was sole winner in 2016, and it was retained in the Glass House the following year after NFF Second Vice President/LMC Chairman Shehu Dikko was crowned.

Pinnick thanked the organizers and also commended the industry and commitment of Members of the NFF Executive Committee, the NFF Congress and the NFF Management that have reinvigorated the Nigerian Football space.

Rohr was absent, as he was already in Russia for the FIFA World Cup Team Workshop taking place in Sochi early this week.