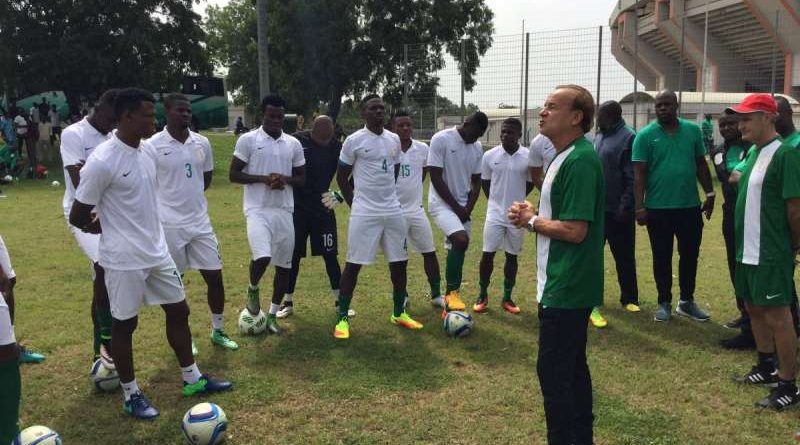 Nigeria coach, Gernot Rohr has listed former Super Eagles striker, Victor Agali as his chief scout for the 2018 FIFA World Cup in Russia. Rohr told Nice news outlet that Agali’s contribution to the campaign was priceless, hence his decision to retain him for the World Cup.

It is understood that Agali worked with Rohr through the 2018 qualifiers in the capacity of opposition scout and helped identify Nigerian players abroad.

The ex-international and Rohr have known each other for a while since Agali’s days in Germany where he played for Hansa Rostock and also Schalke 04 before moving to France to join Nice.

It was at French Ligue 1 side Nice that Agali worked under Rohr and since then they have maintained their relationship and rapport increasing with the arrival of Rohr in Nigeria.

Agali under Rohr at OGC Nice in the 2004/05 season scored six goals in 30 appearances. It is understood that Rohr is looking at the possibilities of engaging more ex-internationals to enable him build a formidable team for the country ahead of the World Cup in Russia 2018.