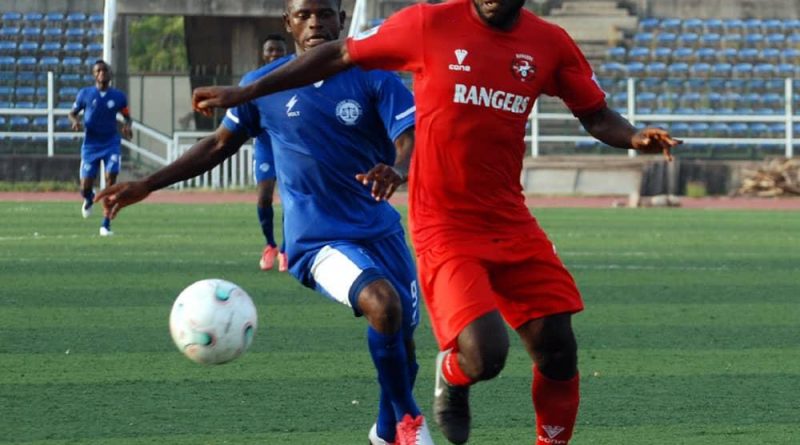 Strong battles will rage on the field across Nigeria on Wednesday with the Agege Stadium, Lagos, Sani Abacha Stadium, Kano and the U.J. Esuene Stadium in Calabar among six venues that will witness confrontations in the quarter final matches of the Aiteo Cup 2018.

The much-anticipated clash between Enyimba FC of Aba and Kano Pillars will have to wait till Sunday as the People’s Elephant have a CAF Confederation Cup semi final, first leg date with Morocco’s Raja Casablanca in Aba on Wednesday. But holders Akwa United will test strength against five –time champions Rangers International of Enugu at the Sani Abacha Stadium in Kano.

Kwara United FC of Ilorin, who overpowered the better-rated trio of Kano Pillars, Rivers United and Abia Warriors to top the Lagos centre, will go all out against Katsina United at the Agege Stadium.

On Thursday, Nasarawa United of Lafia will take the stage at the Enyimba International Stadium, Aba (venue of Wednesday’s CAF Cup attrition) against El-Kanemi Warriors of Maiduguri.

In the women’s competition, which is also at the quarter final stage, champions Rivers Angels will square up to Sunshine Queens of Akure at the Lafia Township Stadium, at the same time that Bayelsa Queens will be up against Osun Babes at the Dipo Dina Stadium in Ijebu-Ode.

Last year’s finalists Ibom Angels have to tango with Delta Queens at the Nnamdi Azikiwe Stadium, Enugu for a place in the semi finals, while Confluence Queens of Lokoja must negotiate the booby traps laid on by Edo Queens at the U. J. Esuene Stadium in Calabar.