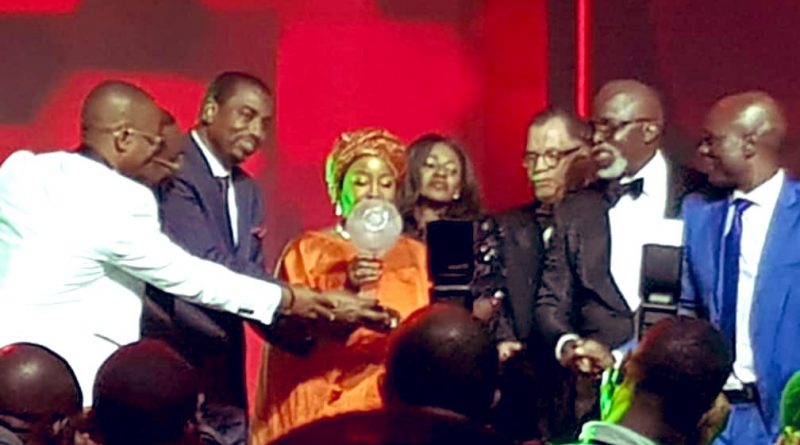 The Nigerian 2018 World Cup hero was voted ahead of Arsenal’s Alex Iwobi and Odion Ighalo of Shanghai Shenhua for the topmost award of the night.

Musa made it a double feat by also winning the Best Goal of the Year award with his World Cup hit against Iceland.

The glamorous ceremony held in the grandeur end of Lagos was well attended by eminent football personalities from across Nigeria, Africa and the world. A lot of diplomats based in Nigeria also turned up for the night.

Top Nigerian football heroes, basketballers and politicians across all levels of government were also present at the grand occasion.

The 1994 set of the Super Eagles were especially honoured with many of the players present. Former captains and incidentally former Eagles coaches Augustine Eguavoen and Sunday Oliseh made passionate speeches in the packed hall.

The highlight of the night, by miles, was the special recognition of the Super Eagles’ Class of 1994 – the squad widely nicknamed ‘Golden Generation’ after qualifying Nigeria for her first –ever FIFA World Cup finals, winning the Africa Cup of Nations on away soil for the first time and coming within 100 seconds of a quarter final place at the World Cup in the United States of America.

Emmanuel Amuneke, Michael Emenalo, Emeka Ezeugo, Efan Ekoku, Isaac Semitoje and Chidi Nwanu could not make it down to Nigeria for the ceremony. While a couple of the players present on Monday night did not make the final cut for the World Cup in America, six members of the group went ahead to join the Dream Team and return to America to conquer – by winning Africa’s men’s football gold at the Centennial Olympics in Atlanta two years later.

The first female Secretary General of FIFA, Fatma Samoura who represented the FIFA Executives at the Awards was also especially honoured.

Africa’s former biggest individual football financier Late MKO Abiola was also especially honoured with one of his sons picking up the award.

Male Player of The Year

Female Player of The Year

Young Player of The Year- Female

Young Player of The Year – Male

Best Coach of The Year – Female

Best Coach of The Year – Male

The goal of The Season

The team of The Season