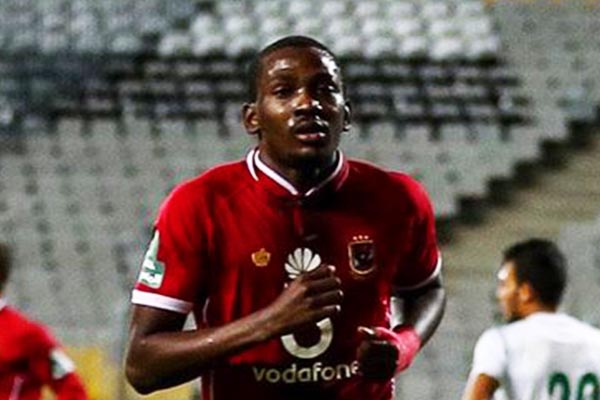 The Al Ahly official website confirmed on Saturday that the Nigerian forward was given the award during the annual Ahram Awards held on Friday evening in the country’s capital city of Cairo, Extrasportsnigeria.com reports.

Al Ahly’s Ahmed Fathi was also named the Player of the Year.

Ajayi has played 44 matches and scored 16 goals since he joined Al Ahly from CS Faxien of Tunisia in 2016.

The 22-year-old, who was named by Nigeria coach Gernot Rohr in his 28-man squad for the friendly matches against Poland  in Wroclaw on March  and Serbia in London four days later, has been in superb form for his Egyptian side this term.

Soon after Nigeria coach released the list, Ajayi expressed his excitement to have earned his first call-up to the Super Eagles.

The former CS Sfaxien forward, who revealed his dream of playing in the World Cup, said he would push for a place in Rohr’s Russia 2018 squad.

“Playing for the Nigerian national team is not easy at all and requires more effort and concentration in the upcoming period,” Al Ahly’s official website quoted the former national Under-23 team player as saying.