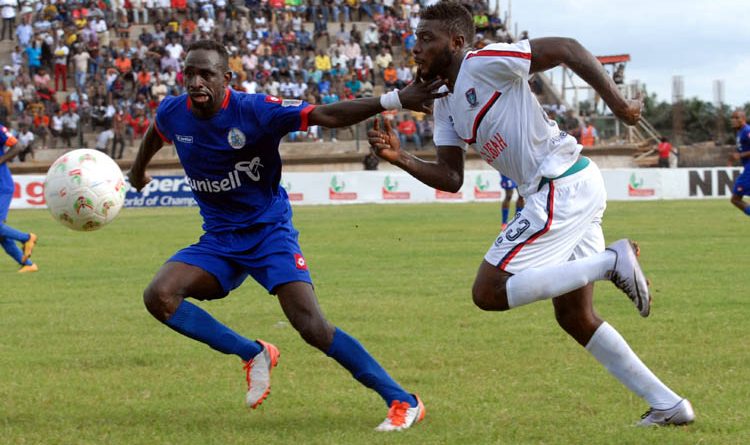 And like Barcelona in the UEFA Champions League, Sudanese champions Al-Merreikh, pulled off one of the biggest comebacks in the CAF Champions League beating Nigerian representatives Rivers United 4-3 on aggregate. The match on Saturday ended at 4-0 for the Sundanese after the 3-0 win by Rivers in Port Harcourt.

Bakri Al Madina netted a first half hat-trick and Mohamed Abdulrahman came off the bench to score the fourth as The Red Devils clawed their way back from a three-goal deficit in the first leg in Nigeria about a week ago to despatch Rivers United, according to a SuperSport report.

The Rivers side could only hold on to for 20 minutes before Bakri brokr through their backline with the first of his three goals. Five minutes later, Bakri doubled Al-Merreikh’s lead on the night as the Nigerian club struggled to keep the ball at the packed Al-Merrikh Stadium in Omdurman.

The Nigerians conceded a spot kick and Bakri stepped forward to score his third of the game to put the round of 32 match-up at 3-3 aggregate. The Sudanese champions continued to dominate and Al-Merreikh substitute Abdulrahman put the game beyond the Nigerian club with only his first touch to help his team qualify for group stage on 4-3 aggregate.

The defeat means the Nigerians drop to the Confederation Cup.