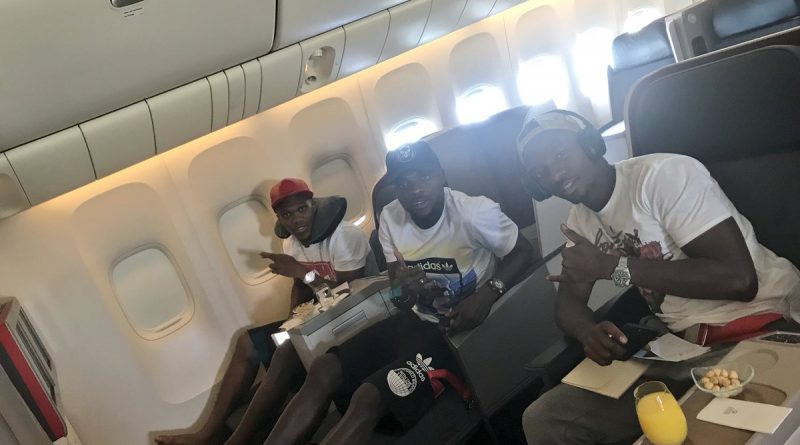 John Ogu and Turkey-based Kenneth Omeruo have taken off for Morocco where the Super Eagles are camping ahead of the matches against Algeria and Argentina, Extrasportsnigeria.com reports. Nigeria will take on Algeria in their last qualifying match for the 2018 World Cup on Saturday and then face Argentina in a friendly match on Tuesday in Russia.

Israel-based Ogu confirmed their move via a tweet which stated, “Link up with my Man @omeruo22 as we fly to Morocco 4 our upcoming games against Algeria nd Argentina. May our hustle never be in vain.”

The game against Algeria is a formality as Nigeria became the first African country to qualify for the 2018 event billed for Russia.

Eagles assistant captain Eddy Onazi has admitted that he lost his fitness battle and has therefore withdrawn from the Nigeria squad ahead of these games.

The midfielder is expected to spend the next 2-3 weeks on the sidelines after sustaining an injury in Trabzonspor’s goalless draw away at Kayserispor on Saturday.

Odion Ighalo and Moses Simon have already pulled out of the squad after picking up injuries while representing their Chinese and Belgian clubs respectively. Lionel Messi remains the biggest name to pull out of the game as he has not been listed for the match