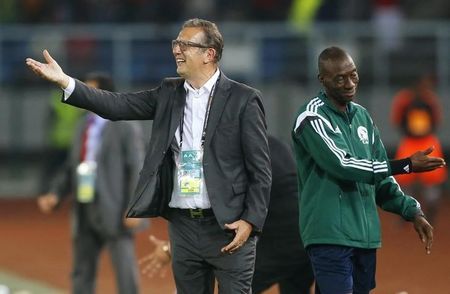 Algeria’s Belgian coach Georges Leekens quit Tuesday after the side crashed out of the Africa Cup of Nations.

Algeria were one of the pre-tournament favourites for the competition in Gabon but failed to win a game in their opening group.

“For the good of all I decided to quit even though I do it with heart ache, and I wish all the success in the world to the national side,” he said in a statement on the Algerian Football Federation website.

Algeria bowed out of the tournament after their 2-2 draw with Senegal on Monday. Senegal join Tunisia in qualifying from the group for the quarter-finals.

After the game in Franceville, Leekens indicated he hoped to continue as coach, with the next target qualification of the 2018 World Cup in Russia.

“But given the pressure on the federation and the national team, I preferred to end my contract out of friendship for the president of the FAF (Algerian Football Federation) who deserves respect,” he said in the statement.