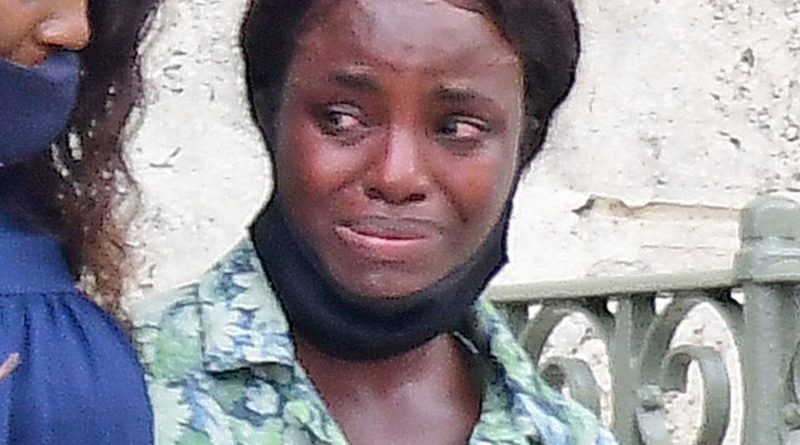 The 33-year-old British-Nigerian travelled out of her hotel before she had received her test results after arriving in the Caribbean.

According to a Sun.co.uk report, Aluko told a court on the island that she was confused by the rules and didn’t realise that she had to wait for her results before leaving the hotel.

The test for Covid-19 eventually came back positive. There has been 138 confirmed cases of the virus in Barbados with seven deaths.

The idyllic isle is testing all people entering from high-risk and medium-risk countries.

The UK is on the “medium risk” list, and the Barbados government website states that after being tested at the airport, people should “await results at a designated holding hotel/villa at your own expense.”

Barbados newspaper Nation News reports her tearfully telling the court: “I came here on the basis that there were more relaxed rules. I love Barbados.

“I came here in 2015. I came here for vacation. I would never, ever try to break any rules.

“I understand that I should have waited on the test. I didn’t think I had to, I thought I had to wait a maximum of time.

“Marriotts said there was a delay to the results and then they let me go.

“Honestly, your worship, if they had stopped me from leaving I would have complied.”

Aluko, who now works for Aston Villa as women’s sporting director, originally pleaded not guilty but then changed her plea to guilty.

Despite the magistrate accepting her version of events and not issuing a fine, Aluko said that she wanted to pay something as she “felt really bad.”

Prices start from £228-a-night at the boutique hotel.

Aluko, England’s joint-10th most-capped player, scored 33 goals in 102 appearances for the Lionesses and helped the country to third place at the 2015 Women’s World Cup.