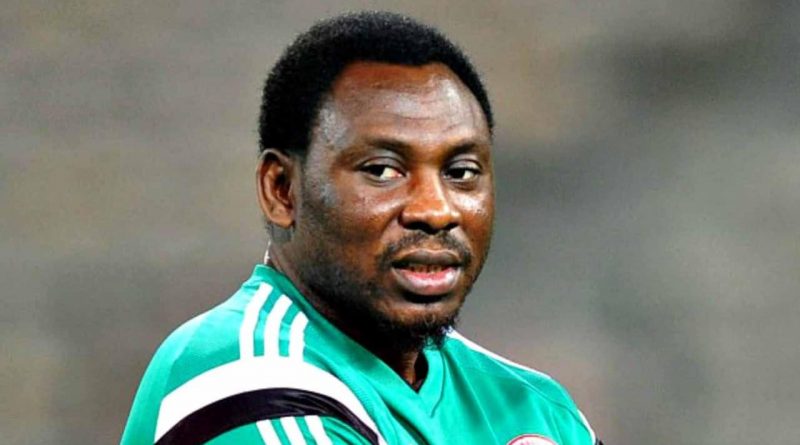 The Nigeria Football Federation will likely announce a former Super Eagles attacker Daniel Amokachi as its new Technical Director. The confirmation is expected soon according to reports in Nigeria and he would be replacing Bitrus Bewarang who has held that position in the last four years.

Information from the NFF Secretariat in Abuja indicates that the federation has been in discussion with Amokachi over a period of time and could be announced as soon as they finalise terms of service.

“I think the only thing delaying the announcement of Amokachi as the new Technical Director is because both parties have not agreed on the wages and conditions of service for the former AFCON winner. He was picked ahead of two other coaches who also wanted the job,” an NFF source told Completesports.

“We have two other coaches who indicated interest for the job, plus the incumbent technical director who also applied for renewal of his contract, but Amokachi seems the obvious choice. I don’t know why they settled for Amokachi, but I know that the other two have very rich CVs.

“There are other applications for vacant positions in the technical department and the federation is expected to appoint two or three among those who indicated interest.”

Amokachi was recently appointed Nigerian football ambassador by the Federal Ministry of Youth and Sports Development.

It was gathered that former Chelsea FC of England and PSG FC of France Technical Director Mike Emenalo, Austin Eguavoen, Ladan Bosso, Sam Okpodu and Mutiu Adepoju are among those that reached out for the job.

Last week the NFF announced Joseph Yobo as the new assistant coach of the Eagles. He replaced Imama Amapakabo.