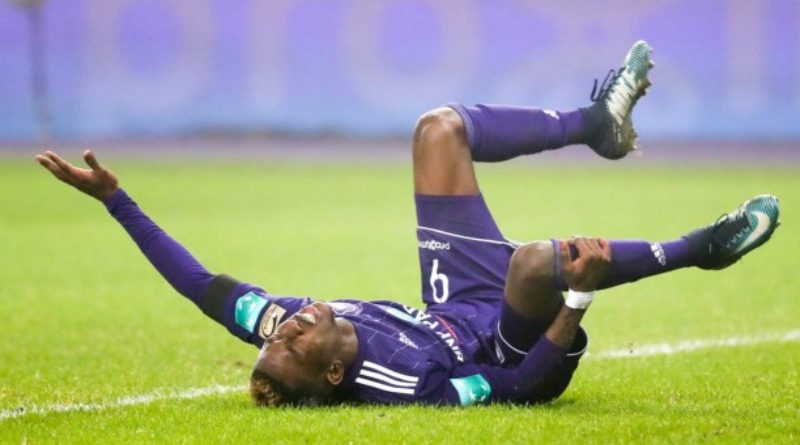 Anderlecht have affirmed that their Nigerian attacker Henry Onyekuru still needs an operation to enable him recover fully following his injury.

The Nigerian got injured in the Belgian club’s 1-O league win against KAS Eupen – incidentally his former club – last weekend. The 20-year old suffered a tear to his knee ligament.

Earlier reports on Friday quoting the player suggested he could recover without any surgery. The reports forced Anderlecht to restate their earlier announcement that he would undergo the knife treatment.

A statement on Anderlecht website on Friday read, “In some media the message appeared today that our striker Henry Onyekuru would not have to go under the knife after he was injured in the match against KAS Eupen.

“Onyekuru immediately underwent the necessary examinations last weekend, after which the medical staff of RSC Anderlecht and the treating physician were of the opinion that an operation is inevitable. They also remain behind their position after these new statements that the Nigerian will have to undergo operation.

“In view of the severity of the injury, the attacker will be out of action for several months in order to be able to recover optimally. Further details are discussed with Onyekuru’s mother club Everton.”

Onyekuru joined Everton from Eupen at the beginning of the season but was immediately loaned out to Anderlecht.

The 20-year old has scored nine goals in 19 league appearances and 10 goals in 28 games in all competitions.