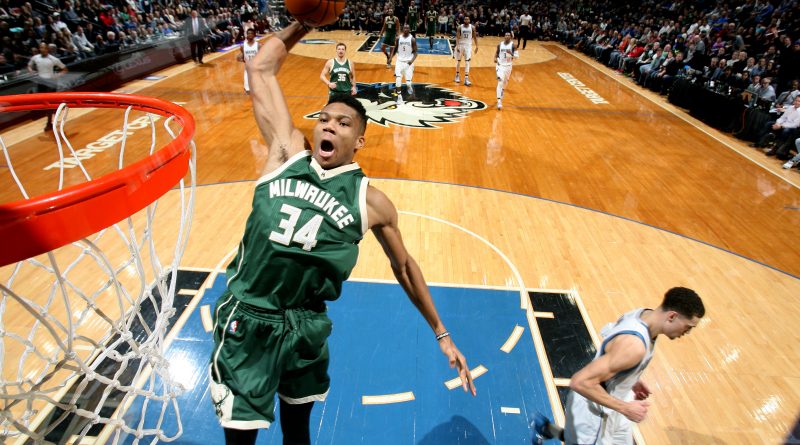 Nigeria-born Giannis Antetokounmpo drained a step-back jumper as time expired to lift the Milwaukee Bucks to a 105-104 NBA victory over the New York Knicks at Madison Square Garden on Wednesday.

He posted his 16th double-double of the season with 27 points and 13 rebounds for the Bucks, who improved to 18-16.

His streak of 13 straight games with 20 or more points is the longest by a Milwaukee player since Michael Redd had 14 in a row in 2006.

Lance Thomas did all he could to defend the shot, but after dribbling through traffic and turning, Antetokounmpo managed to make some space and seal the win for a Bucks team that had battled back from a 16-point third-quarter deficit.

“I work on that shot a lot,” Antetokounmpo told AFP. “I was patient. I knew I could shoot the ball over the top of anybody at any time. I wanted to make sure I took the last shot.”

Antetokounmpo’s teammates mobbed him in celebration, and Bucks coach Jason Kidd said the final moment was a team effort.

“The guy who makes the shot gets all the credit, but passing the ball, getting the ball to Giannis is important,” Kidd said.

“He (Antetokounmpo) is going to play thousands of games so he is going to have thousands of opportunities to hit game-winners. Tonight, I thought he got to his strength and he took his time. It wasn’t a rushed shot. It shows his growth.”

Antetokounmpo scored 12 of his 27 points in the fourth quarter. He came up with a huge defensive play with eight seconds remaining, slapping Derrick Rose’s inbounds pass off the Knicks star’s leg to set up Milwaukee’s final possession.

Officials initially called the ball out of bounds off the Bucks, but reversed that decision after a video review.

Carmelo Anthony led the Knicks with 30 points and 11 rebounds, but the Knicks, who were without injured big man Kristaps Porzingis for a third straight game, lost their sixth straight.

Rose and Mindaugas Kuzminskas added 15 points each for the Knicks, who have allowed at least 100 points in the six defeats.