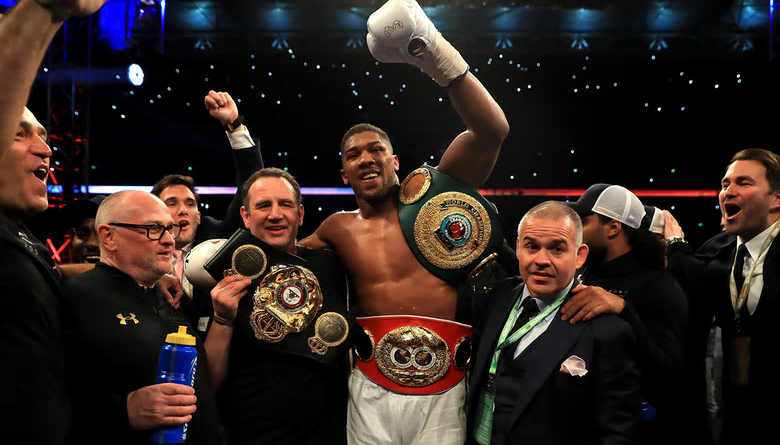 Twitter and other social media platforms in Nigeria are buzzing as Anthony Joshua has beaten Wladimir Klitschko in a stunning world heavyweight title fight at Wembley Saturday night. The boxer has strong family roots from the Sagamu area in the south western part of Nigeria, Extrasportsnigeria.com reports.

In the fight the boxers suffered knockdowns early in the fight before recovering to take an epic contest to the 11th round, when Joshua came out on top.

Making the third defence of his IBF title, the British boxer also became the WBA champion after recovering from the first knockdown of his career to impressively win at Wembley Stadium.

Klitschko was initially knocked down early in the fifth round but got off the canvas and had the younger man in desperate trouble in the sixth, knocking Joshua down for an eight count according to The Guardian report.

Joshua recovered, though, and after several even rounds he went on the offensive from the opening bell of the 11th. An uppercut sent Klitschko to the canvas once more and though the Ukrainian beat the count, a flurry of punches saw the referee step in and stop the fight.