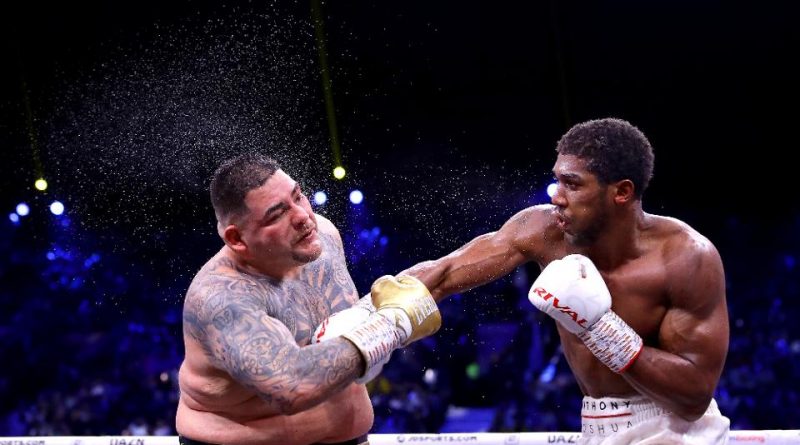 Anthony Joshua has revealed had classy words for Andy Ruiz Jr after beating him by unanimous decision in their rematch in Saudi Arabia on Saturday night.

In the ring at the end of the contest, the pair embraced and AJ was seen talking in-depth to the man he defeated to regain his world heavyweight titles.

“I just told him to never give up. It’s tough.

“But I told him to never give up and just keep on chasing his dream.

“I’m glad we could both play a part in each other’s legacy.

Deontay Wilder did not have such kind words for Ruiz, as he ripped into him after the defeat, according to Talksport.

The WBC heavyweight belt holder said, “People say I have no skills, but my intellect is high enough to know if I’d been in a situation like (Ruiz Jr) and something’s not working, you’ve got to change up my style.

“Once you cut the ring off, you put Joshua in a corner and you can have your way with him by hitting him the way you did the first time

“To be in boxing that long and not know how to cut the ring off? If he knew, he didn’t do it, or he didn’t have the intellect. I’m a little upset with him.”