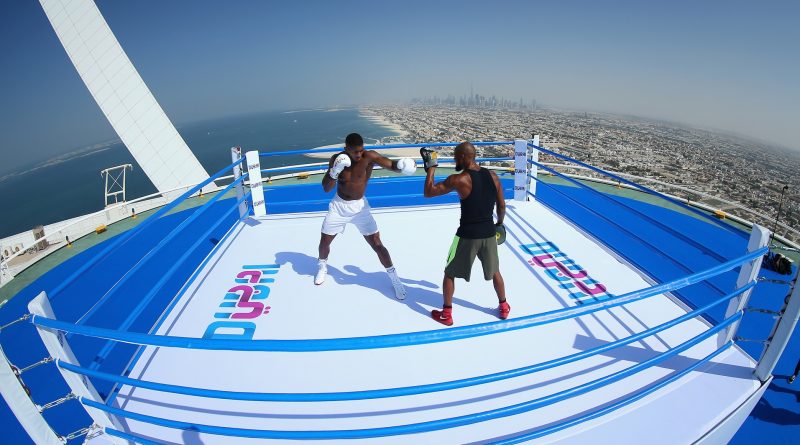 Nigerian-born world heavyweight boxing champion, Anthony Joshua has put his weight behind Dubai’s drive to become the most active city in the world, as he took part in a vigorous training session on the iconic helipad of the Burj Al Arab.

The stunt saw Joshua follow in the footsteps of other sporting greats, Tiger Woods, Rory McIlroy, Roger Federer and Andre Agassi as he entered the world’s highest boxing ring.

Dubai is putting physical activity firmly on its national agenda following the launch of the Dubai Fitness Challenge earlier this month. The Challenge saw almost 800,000 participants commit to 30 minutes of activity for 30 days and take part in a packed calendar of sporting events with over 1,500 free workout classes and 75 pop up fitness locations across the city.

Launched by the Crown Prince of Dubai, Sheikh Hamdan bin Mohammed bin Rashid Al Maktoum, the initiative was designed to encourage Dubai’s citizens and residents to embrace a more active lifestyle and take advantage of the huge range of sporting facilities across the city.

The Burj Al Arab (Tower of the Arabs) is a luxury hotel located in Dubai, United Arab Emirates. It is the third tallest hotel in the world, standing at a height of 210 metres (689 ft.) above ground. The iconic edifice is to Dubai, what the Eiffel Tower is to Paris.