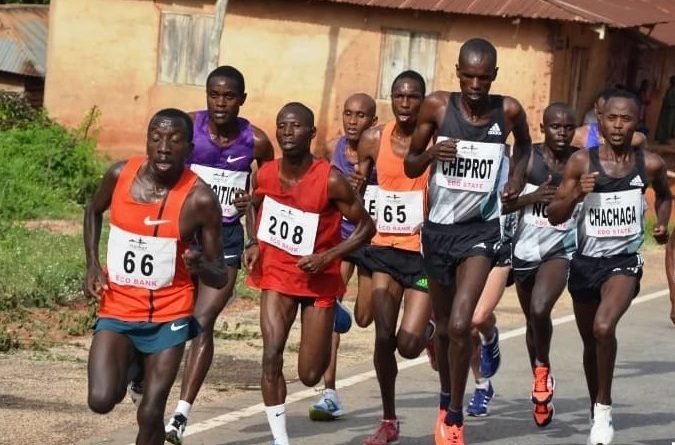 A record 15 gold level-running elite athletes have been confirmed to run for the men and women’s titles in the $15,000 top prize at the fifth Okpekpe International 10km Road Race. The event will hold on Saturday in Okpekpe near Auchi in Edo State – in the southern part of Nigeria, Extrasportsnigeria.com reports.

Okpekpe race Director of Organisation, Zack Amodu, said six women and nine men who are gold level elite runners made the final list of athletes for the race. Kenya’s Stephen Omiso Arita, Tanzania’s Ismail Juma and Ethiopia’s Netsanet Gudeta will lead the cast of gold-level running elite athletes who are expected to jet in from Wednesday for the big run.

Arita is the 10th fastest 10 kilometres runner so far this year courtesy of the 27:59 seconds he ran to win the XV 10km Villa de Laredo 2017 in Laredo, Spain and will be coming to Okpekpe not only to become the fourth Kenyan to win the men’s title but also erase from history books the 28.35 seconds course record set by Teshome Mekonnen in 2014.

The Kenyan will however be up against such quality competitors as Tanzania’s Juma who ran 28:58 seconds to place eight at the IAAF Gold Label World’s Best 10k in San Juan, Puerto Rico last February; defending champion Simon Cheprot of Kenya who will be seeking to become the first man to successfully defend an Okpekpe title and Turkey’s Kaan Kigen Ozbilen who holds a 27:25 seconds personal best over 10km and placed 17th in the marathon event at the 2016 Rio Olympics in Brazil.

In the women’s category, Gudeta who came third at the 2015 IAAF World Cross Country Championships will battle compatriot, Alemtsehay Asefa for the title. Asefa ran 32:39 seconds last March at the Oujda international 10km in Morocco and looks to be the woman to beat.

Amodu is thrilled by the quality of the athletes coming in for the race and predicts new course records for both the men and the women’s race.

“Almost all the athletes we have registered for the men and the women’s race have personal best times far better than the 28 minutes and 35 seconds and 32 minutes and 41 seconds course records set in 2014 by Ethiopian duo of Teshome Mekonnen and Wude Ayalew respectively. We have an athlete who has broken 28 minutes this year which means we are likely going to see a sub 28 minutes time for the first time at the Okpekpe race.”