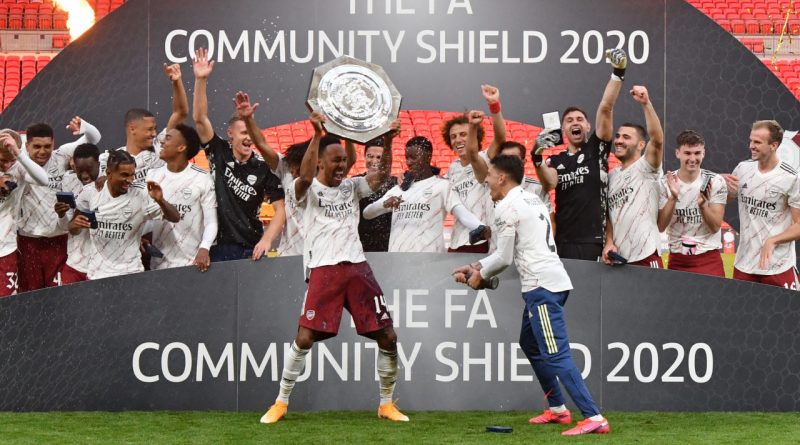 Pierre-Emerick Aubameyang scored a superb goal and netted the winning penalty in a shootout as Arsenal beat Premier League champions Liverpool in the Community Shield at an empty Wembley Stadium.

Aubameyang celebrated his goal in the ‘Wakanda Forever’ style in honour of Chadwick Boseman – the Black Panther actor – who died also on Saturday after years of battle against colon cancer.

Liverpool striker Rhian Brewster, brought on in stoppage time, hit the crossbar with his penalty – the only one not converted in the shootout of Saturday.

Aubameyang’s curling strike gave FA Cup winners Arsenal the lead in the first half before Liverpool substitute Takumi Minamino equalised after the break.

Minamino’s flicked pass to Mohamed Salah bounced back kindly for him to slot home from close range.

There was a quick VAR check for handball by Salah but the replay showed no clear contact.

It is the second year in a row Liverpool have lost on penalties after Manchester City’s victory in 2019.

Aubameyang has been convinced to stay at Arsenal and signing a more lucrative contract in the process.