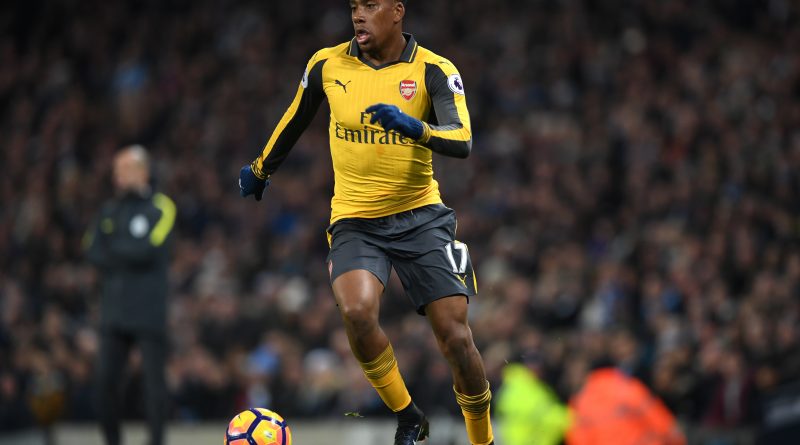 Arsenal and Nigeria midfielder, Alex Iwobi, says the Gunners took their “foot off the gas” in the second half of Sunday’s 2-1 loss to Manchester City.

Arsene Wenger’s men led 1-0 at half-time through Theo Walcott’s early goal, but gave up an equaliser just minutes after the break and struggled to recover as City dominated the second half. City capitalised on their drop in form for Raheem Sterling hit the winner.

He told Arsenal official website, “I guess you could say we took our foot off the gas. Man City took advantage very well in the second half. We were up against a tough side today, we were just unfortunate to not keep the win.”

Iwobi returned to the starting lineup with the City game after being dropped in recent league games.

It was Arsenal’s second straight Premier League loss after going 14 games unbeaten in the top flight, and they are now nine points behind leaders Chelsea.

Gunners manager Wenger, though, didn’t see it like Iwobi as he criticised the officials for what he claimed were two offside goals.

Arsenal will next face West Bromwich Albion on Boxing Day and the Super Eagles attacker is hopeful the Gunners will fire well again.

“We’re going to keep on going, fight until the end and see where we go. We’ll just have to continue how we were playing at the start of the season. We just have to get that back and kick on now and prepare well for the next game.”