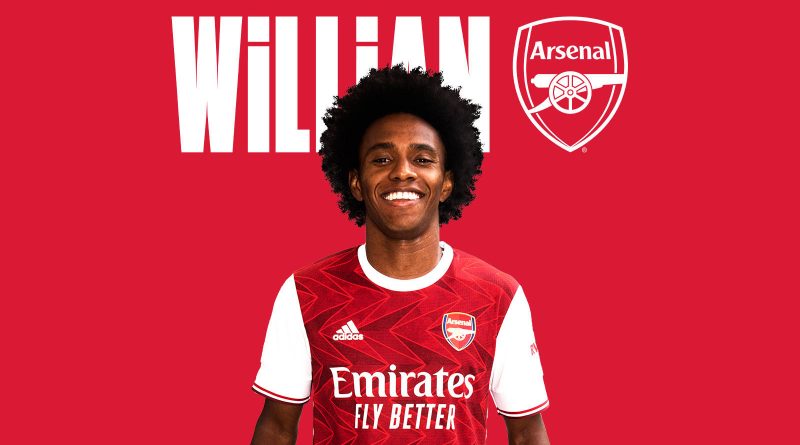 It should not be wrong to classify Willian as Chelsea reject as the Stamford Bridge executives turned down his demand for a longer contract thus turning him to a free agent. As painful as it may be for Willian and his teeming fans, Arsenal appear to have made up for that as they have handed the Brazilian a salary that is the second-highest at £220,000 per week.

The £220,000 pay puts him behind only Mesut Ozil as the Gunners’ top-paid stars. The revelation made by The Sun.co.uk on Friday surprisingly puts the former Chelsea winger ahead of captain and top-scorer Pierre-Emerick Aubameyang.

Willian who had his medical on Wednesday completed the transfer on Friday morning.

Aubameyang, though, is in negotiation with the club for bigger pay. The Gabon international should get a contract extension and could receive a bumper pay rise up to £250,000 a week from his current £200.000.

The Daily Mail report adds that the 32-year-old’s huge weekly wage is made up of a signing-on fee, loyalty payments and other bonuses. For the details, his basic weekly packet is thought to be closer to £130,000 before bonuses and further top-ups.

But if there is any pay that is worrisome to the Arsenal folk, it is what goes to former Germany international Ozil. Despite not playing a single minute of football since March, Ozil remains on £350,000 per week.

Alexandre Lacazette, Nicolas Pepe, David Luiz and Hector Bellerin are also among the top earners for the FA Cup winners.