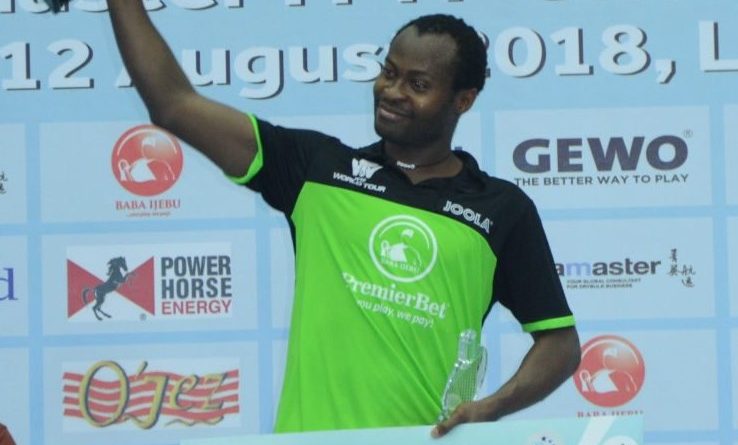 Aruna Quadri on Sunday emerged winner of the 2018 ITTF Challenge Nigeria Open and in the process became the first Nigerian to lift the trophy, reports Extrasportsnigeria.com. He won the final game 4-2 win against French player Antoine Hachard.

The competition was held at Molade Okoya-Thomas Hall, of the Teslim Balogun Stadium in Lagos on Sunday.

Quadri received a star prize of $5,000 and the sum of N1m from the Lagos State Governor; Akinwunmi Ambode as the best Nigerian player in the competition.

Quadri told journalists that the Lagos fans’ support helped him with the needed victory against the enterprising France star with the Sports Hall filled to capacity.

Composed and consistently directing the first attack towards the backhand of Aruna, Hachard secured an 8-5 lead in the third, before, at 10-6 holding four-game points, two were saved but not a third, the Frenchman held the advantage.

Quadri finally secured victory and becomes the first player to win on home soil since the tournament was established as a Challenge tournament in 2014. It was the second trophy for Quadri at this level having won the same title in October 2017 in Poland.