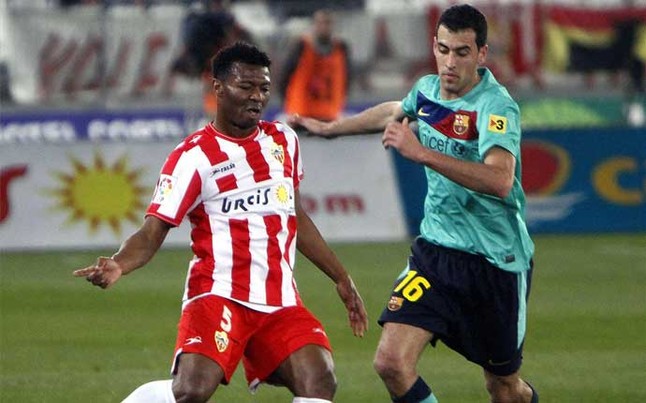 Former Indian champions ATK have announced the signing of Nigerian forward Kalu Uche as one of their first players for next season. It is a one year deal for the former Nigerian international.

The 35-year-old attacker was on a contract worth around $129,999 at the Delhi Dynamos. It was learnt that ATK offered him a massive hike with a deal worth around $300,000 according to a Goal report.

Kalu who was at the 2010 World Cup with the Super Eagles began his career in Nigeria with Enyimba and later Iwuanyanwu Nationale before a transfer to Wisla Krakw, playing there until 2005 where he won the Ekstraklasa three times and Polish Cup twice.

He began his Spanish journey in the 2005/06 season when moving to UD Almera, and was instrumental in helping the Andalusia club to its first ever La Liga promotion.

In ISL, he was the leading scorer for Delhi Dynamos in 2017/18 season, scoring 13 goals, Sportskeeda confirmed.