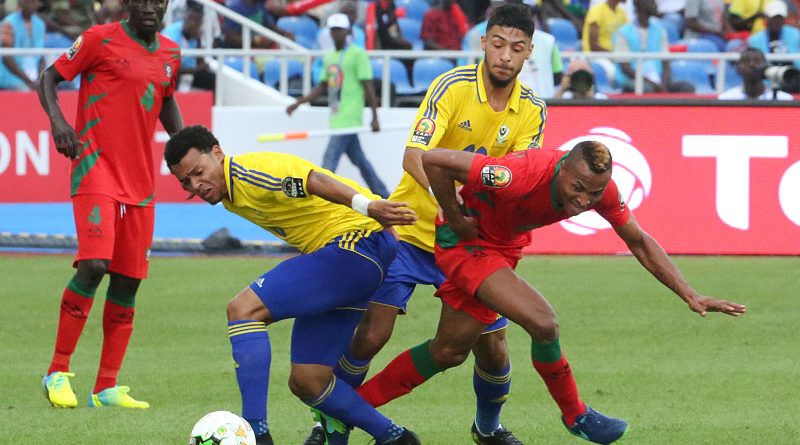 Juary Soares grabbed a dramatic late equaliser for debutants Guinea-Bissau as they recovered from a Pierre-Emerick Aubameyang strike to hold hosts Gabon to a 1-1 draw in the Africa Cup of Nations opening game.

Gabon appeared to be heading for victory in Saturday’s Group A curtain-raiser after Borussia Dortmund striker Aubameyang turned the ball in from close range seven minutes into the second half at the Stade de l’Amitie in the capital Libreville, AFP reports.

However, Soares headed home in the 90th minute to earn Guinea-Bissau a memorable point in their first ever match at the continental finals.

“This is a moment of joy for us. Despite our country’s difficulties we managed to qualify,” said Guinea-Bissau coach Baciro Cande.

“We knew Gabon have an excellent team and the best player in Africa and in Europe.

“We have our limits, but we had ambitions coming here and we will try to go as far as possible.”

There were boos at the final whistle from the home fans at the 40,000-seat stadium, where a close to capacity crowd included Gabonese president Ali Bongo and Issa Hayatou, the veteran head of the Confederation of African Football.

It was a far from convincing performance from Gabon, who will now look to bounce back from this disappointment when they play Burkina Faso in their next game on Wednesday, when Guinea-Bissau, known as the ‘wild dogs’, take on Cameroon.

“Our chances of qualifying are the same as if we had won,” insisted Gabon’s Spanish coach Jose Antonio Camacho.

“We knew this was going to be a difficult match. We studied Guinea-Bissau. They didn’t surprise me.”

The tournament debutants, whose line-up mainly consisted of players based at modest clubs in Portugal, were expected to struggle against a Gabon side spearheaded by Aubameyang and also featuring the likes of Sunderland’s Didier Ndong and Mario Lemina of Juventus.

The hosts created next to nothing in the first half, though, with the exception of a Lemina header that flashed just wide close to the interval.

They were much more lively at the beginning of the second half and talented winger Denis Bouanga cut in from the left four minutes after the restart before sending in a shot with his right foot that was tipped over by goalkeeper Jonas Mendes.

The opener arrived shortly after. The Guinea-Bissau defence failed to clear their lines and Bouanga’s low ball to the back post was converted by Aubameyang, to the delight of the home fans.

However, Gabon began to sit back and Guinea-Bissau had opportunities to equalise towards the end, with Rudinilson Silva hooking a shot just past and substitute Frederic Mendy heading straight at Didier Ovono when unmarked.

They looked to have blown their chance, but they drew level in the final minute, Soares getting in front of Bruno Ecuele Manga to head home Zezinho’s free-kick.