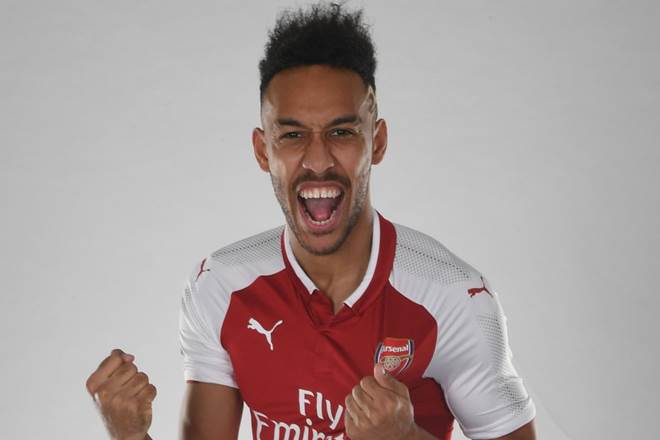 Gabon international Pierre-Emerick Aubameyang should quickly settling down at Arsenal having been handed the Number 14 essentially made famous by Arsenal legend Thierry Henry.

The former Borussia Dortmund attacker is expected to help the Gunners gain the much needed firepower.

Mitchy Batshuayi, who moved in the opposite direction and helped make the Gabonese move to London easier, has also been issued the jersey number 44, in an English Premier League season that is bound to witness some dramatic changes in the coming days.

The Gabonese moved for a record Arsenal fee of £56m.

From Watford forward Isaac Success joined Malaga on loan for the rest of the season on transfer deadline.

The Nigeria striker was a club record signing when he arrived at Watford from Granada in 2016 for £12.5m.

He has made just one appearance for the club this season and was warned about his conduct by former manager Marco Silva in October.

Success scored one goal in his 20 appearances for the club. He made the headlines when he had an unpleasant encounter with three call ladies.