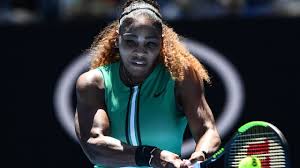 Simona Halep set up a fourth-round showdown with Serena Williams at the Australian Open after thrashing her sister Venus on Saturday.

The world Number 1 was struggling with form and fitness heading into the opening grand slam and came through two testing rounds before facing Venus this morning.

Halep had her left thigh heavily strapped but showed no signs of loss of mobility as she reeled off six consecutive games in one stretch to see off the two-times finalist in Melbourne 6-2, 6-3.

Venus struck 33 unforced errors during the match, which was surprisingly scheduled on Margaret Court Arena rather than the main show court, Rod Laver Arena, According to A Telegraph report.

On the prospect of facing 23-times grand slam champion Serena Williams, Halep said: “I have nothing to lose. I play against a great champion. It’s going to be a bigger challenge but I’m ready to face it.”

Halep has an inferior record against Serena, losing eight of their nine encounters. The Romanian’s only win was courtesy of a walkover in Indian Wells back in 2014 when the American pulled out of their semi-final with an injured right leg.

The pair have also not met since a quarter-final battle at the US Open three years ago when Serena Williams won in three sets 6-2, 4-6, 6-3