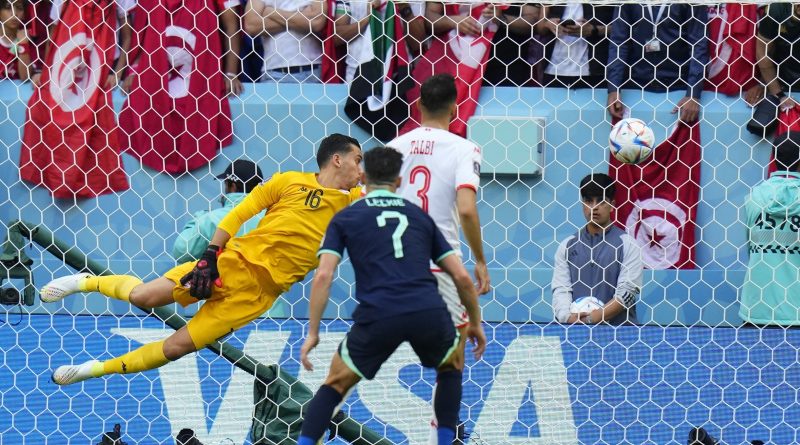 Australia only needed to avoid defeat to stay in the World Cup. The Socceroos did more than that in a 1-0 win over Tunisia on Saturday.

Mitchell Duke gave Australia the lead midway through the first half with a header and Australia went on to register its first win at soccer’s biggest event since a victory over Serbia back in 2010.

The result means Australia still has a chance to qualify for the round of 16, despite losing 4-1 to defending champion France in their opening match.

France and Australia lead Group D with three points each, while Denmark and Tunisia have one point each.

In the final round of group games on Wednesday, Tunisia plays France and Australia meets Denmark.

After a scrappy start from both sides, Australia went ahead with a play out of the back from its goalkeeper. Duke collected the goalkeeper’s pass near mid-field and made a quick touch to set Craig Goodwin down the left flank and Duke then sprinted forward to nod Goodwin’s deflected cross into the far corner.

Duke celebrated by making a ‘J’ with his fingers in a tribute to his son, Jaxson, who was in the stands.

The goal quieted the large contingent of red-clad Tunisia fans among the crowd of 41,823 inside Al Janoub Stadium, and sent the small pockets of Australian supporters dressed in yellow into delirium.

Tunisia impressed when it held European Championship semi-finalist Denmark to a 0-0 draw in its opener but only occasionally threatened against Australia until the Aussies sat back and defended toward the end.

Australia had also gotten off to an early 1-0 lead over France in its opener but then was outplayed in a loss which it blamed on a series of defensive errors.

There were fewer errors this time, and some timely interventions, too – none bigger than a last-gasp sliding clearance from centre back Harry Souttar to block Mohamed Dräger’s dangerous shot shortly before halftime.

Tunisia is still seeking to advance from the group stage for the first time in its sixth World Cup appearance but now needs to beat France.