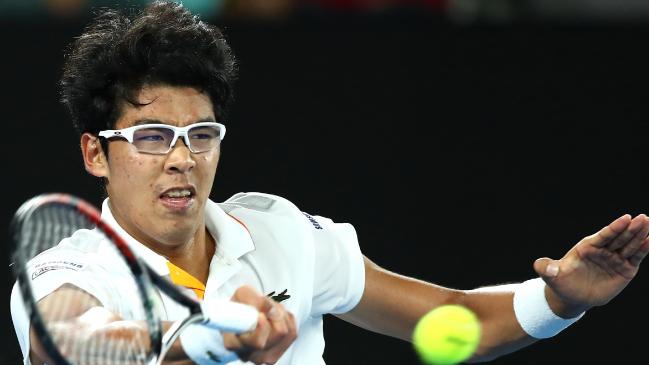 Chung – who caused a massive boil over when he defeated six-time Open champion Novak Djokovic in the fourth round — maintained his good form to beat Sandgren 6-4, 7-6 (7/5), 6-3 on Rod Laver Arena, ABC Online reports.

In a battle of unseeded players, Sandgren hit more aces and winners, but also committed more unforced errors, as Chung’s relentless return game got him over the line.

The American had a break in the second set and a chance to level the match at one set all, but he gave the break back for 5-4 and lost the set in a tie-break.

Chung showed some nerves when Sandgren was serving to stay in the match at 5-3 in the third set, earning three match points and losing them before finally clinching the win as the American hit a return over the baseline.

The 21-year-old from Suwon in South Korea will play the winner of Wednesday night’s match between 19-time major title winner Roger Federer and Tomas Berdych for a spot in the Australian Open final.

It’s unlikely to be the last we hear of Sandgren though, with his political alignments and social media history continuing to be a point of contention throughout his run to the last eight in Melbourne.

The man from Gallatin, Tennessee, deleted a string of old tweets after he was questioned over them ahead of his quarter-final match.

Several of the tweets argued over the “Pizzagate” conspiracy and mused over former US presidential candidate Hillary Clinton and her supposed involvement in alleged satanic rituals.