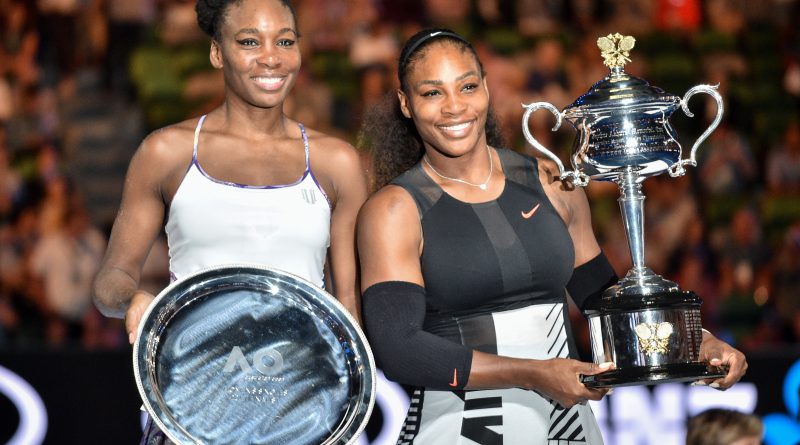 A jubilant Serena Williams said it was “awesome” to finally clinch a record 23rd Grand Slam title after beating her sister Venus in the Australian Open final, a result which also took her back to world number one.

The dominant American won her seventh Aussie title 6-4, 6-4 to finally surpass Steffi Graf’s Open-era milestone of 22 major wins, nearly 18 years after she lifted her first Slam trophy at the 1999 US Open.

The 35-year-old Serena, who had equalled Graf’s mark at Wimbledon last year, now stands just one behind the all-time record of 24 won by Margaret Court, who was in the president’s box at Rod Laver Arena.

“I don’t like numbers during a tournament when I am trying to reach a big milestone. Now we can talk about it,” she told ESPN, after posing in shoes branded with ’23’ on the heel.

“It’s pretty awesome. I really wanted to get to 23, more than you can ever imagine. And I kept telling myself, ‘Serena, 22 isn’t bad’.

“To get to number 23 here is really rather special, against Venus as well because my first big match was against her here on this court. Going into this match, it felt like it was all full circle.”

Serena’s astonishing achievement also means she ends the brief stay at world number one of Angelique Kerber, who displaced Williams in September after three-and-a-half years at the top.

Fittingly, her sister and closest confidante, Venus, was on the other side of the net to share the moment of victory, another chapter written in their amazing family history.

It was Venus – when still a teenager with beads in her hair – who knocked Serena out in round two on her Grand Slam debut in Melbourne 19 years ago, and they have since played nine major finals together, living each other’s highs and lows.

Aged 36 and seeded 13, Venus had turned back the clock to make her first Grand Slam title match since Wimbledon in 2009, but adding to her seven major successes was not to be.

“Serena Williams… That is my little sister, guys. Congratulations Serena on number 23,” said an emotional Venus.

“I have been right there with you, some of them I lost right there against you. Yes, that is weird but it is true.”

She added, “To have this opportunity to play against each other again, and to be able to rise to that occasion, was quite momentous.”

Showing the single-mindedness that has propelled her to greatness, Serena, seeded two, overcame a scratchy and nervous start in which all four opening games were breaks and when she smashed a racquet in frustration.

But she soon settled to get a decisive break to go 4-3 in front with an unstoppable backhand, and served out the set with an ace.

Serena was fired up and she worked three break points in the third set, only for her sister to negotiate her way out of trouble with some big forehand winners.

The tense battle went with serve to 3-3 before Serena cranked up the pressure to break with a scintillating crosscourt backhand and take a 4-3 lead.

With history beckoning, she wasn’t about to throw it away and she served out the match, falling to the floor in celebration before a long embrace with Venus to share the biggest moment of her career.

Despite the loss, being in the final was a big achievement for Venus, whose career went off the boil for several years after she was diagnosed with the energy-sapping Sjogren’s syndrome in 2011.

But she managed her schedule carefully and adopted a raw foods and vegan diet, making the semi-finals at Wimbledon last year before her run to the decider in Melbourne.