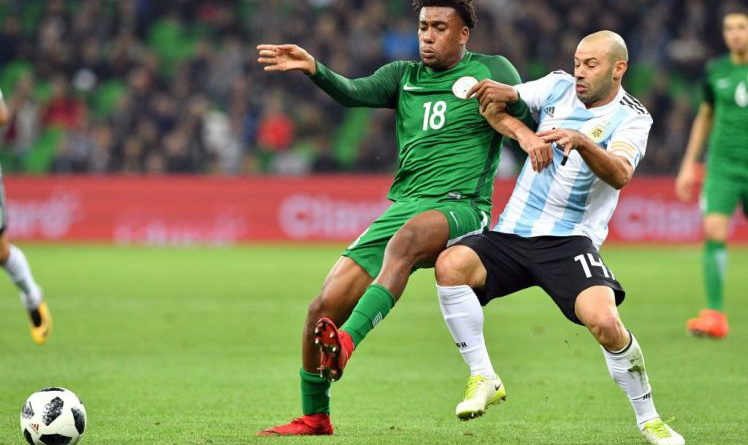 World football giants, Barcelona have risen to explain Javier Mascherano’s poor defensive work against Alex Iwobi in the 4-2 hiding of Argentina by Nigeria. The club stated that the defender developed injury during the game and now faces four weeks on the sidelines due to injury.

It was however not explained if he got the hamstring before or after Iwobi nutmegged him before firing home the final goal on Tuesday.

The defender picked up a right hamstring during the friendly at the Krasnodar Stadium in Russia.

In a statement on their website Barcelona said, “FC Barcelona defender Javier Mascherano has suffered an injury to his right hamstring, the Club confirmed on Wednesday following medical tests carried out at the team’s training centre in Sant Joan Despí.

“The 33-year-old Argentinian was hurt during Tuesday night’s international friendly against Nigeria.”

Mascherano has received serious from home and abroad concerning his performance against Nigeria, especially after Iwobi dribbled in between his legs before he scored the final goal of the game.

Despite his injury, Mascherano completed the game against the three-time African champions.