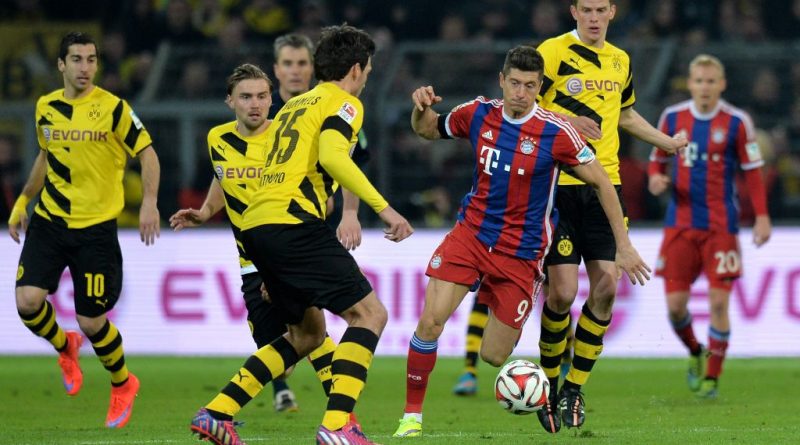 Bayern Munich trashed Borussia Dortmund a massive 6-0 on Saturday to boost Bayern’s confidence ahead of their Champions League clash with Sevilla.

Schalke’s victory over Freiburg early on Saturday ensured that the Bavarian giants couldn’t officially secure the Bundesliga league title with a victory over Dortmund, however their performance was fitting of such a feat, according a Marca report.

Jupp Heynckes’ charges were at their very best in a first half in which they netted five goals, blitzing Roman Burki’s goal.

Robert Lewandowski put the hosts ahead after just five minutes, before two further strikes from James Rodriguez and Thomas Muller ended the contest after around 23 minutes.

The Polish international would add another, before Franck Ribery cleverly chipped Burki in first half stoppage time. Lewandowski then scored the sixth in the 88th minute, completing his hat-trick.

Defensively, the visitors were appalling; however it’s difficult to take anything away from such a commanding victory for Bayern Munich.

Their victory at Old Trafford was a highlight for Sevilla, however they face a totally different proposition when they welcome the German champions to the Estadio Sanchez Pizjuan on Tuesday.

Sevilla will have to be at their best defensively to contend with a rampant Bayern Munich side.